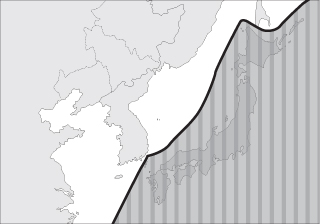 On Jan. 12, 1950, U.S. Secretary of State Dean Acheson under President Harry Truman announced the so-called Acheson Line. In the announcement he made in a speech entitled “Crisis in Asia” at the National Press Club, Korea was excluded from the line stretching from the Aleutian Islands to the Philippines in the Pacific. Japan and Okinawa were included in the U.S. defense line aimed at deterring Joseph Stalin and Mao Zedong’s communization of East Asia, but Korea was not.

Although there is no credible evidence that Acheson’s line helped lead to the 1950-53 Korean War by stimulating communists like Kim Il Sung, it remains a controversial concept. Two years before the announcement, the Soviet Union pulled out its forces from North Korea followed by the United States’ withdrawal of its forces from South Korea in June 1949. As a result, Acheson’s announcement of the line could have offered a precious opportunity for communists in the area to expand their influence.

In fact, 1949 was an exciting year for communists. The Soviets successfully conducted a nuclear test in a Kazakhstan desert and China declared full communization with the country in October. The Acheson Line helped fuel the mood. But North Korea did not attach great significance to the speech. Pyongyang was not interested in whether Korea was covered by the line. It only denounced America’s Asia policy out of the conviction that Washington did not change.

Upon hearing Acheson’s speech, South Korean President Syngman Rhee was outraged. He ordered Seoul’s Ambassador to Washington Chang Myon to meet with Acheson. But he was not available due to his appearance at Congress. So the ambassador met with William Butterworth, assistant secretary for Northeast Asia at the state department, demanding that South Korea be included in the line. President Rhee also sent a personal letter to his counterpart to make the same request.

But Butterworth reassured them by underscoring the strategic importance of South Korea in Northeast Asia on America’s part. As proof, Washington signed a treaty with Seoul on mutual defense and aid on Jan. 26, 1950. The treaty was more advanced than the Acheson Line in terms of a pledge to protect South Korea from outside attacks. On Feb. 10, the U.S. Congress also passed a bill to aid South Korea. In reaction, all South Koreans cheered.

But no one knew that a war would break out in just four months. This year marks the 70th anniversary of the founding of the South Korean government. The heightened tensions in the Korean Peninsula remind us of the days seven decades ago. We must learn a lesson from that time.