Yun tops the podium in Germany

Yun tops the podium in Germany 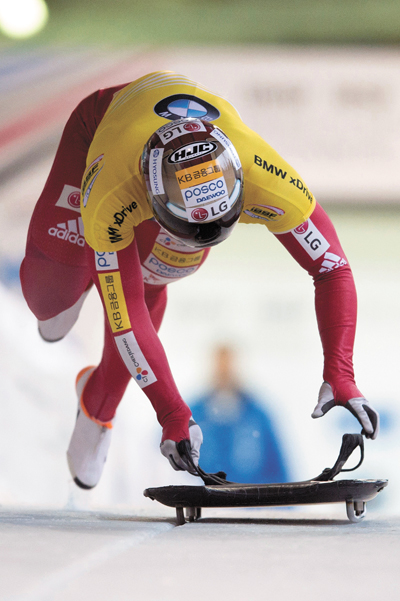 Yun Sung-bin started 2018 with another victory at the BMW International Bobsleigh and Skeleton Federation World Cup in Altenberg, Germany, on Friday. 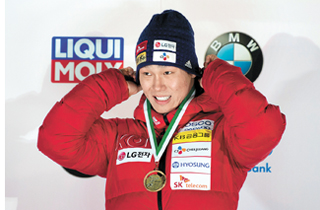 After his first run with a time of 57.24 seconds, Yun finished his day with a combined time of 1 minute, 54.28 seconds, 0.39 of a second ahead of Alexander Tretiakov of Russia. This was Yun’s first win at Altenberg.

Martins Dukurs, Yun’s biggest competitor at the upcoming 2018 PyeongChang Winter Olympics, finished fifth with a combined time of 1 minute, 55.49 seconds. By adding another gold this season, Yun improved his head-to-head record against Dukurs this season to four wins and two losses. Yun extended his lead in this season’s ranking and now has 1,320 points - putting him 110 points ahead of Dukurs.

“Since the Altenberg track is difficult, I just tried to race the track without any mistakes,” Yun said after the race through his management. “And I think this led to a good result. I’m very happy to win at Altenberg, where I’ve never won before. I’ll try my best at the next event in St. Moritz and finish strong.”

Yun will race in St. Moritz, Switzerland, on Friday, before returning to Korea to prepare for the Olympics.