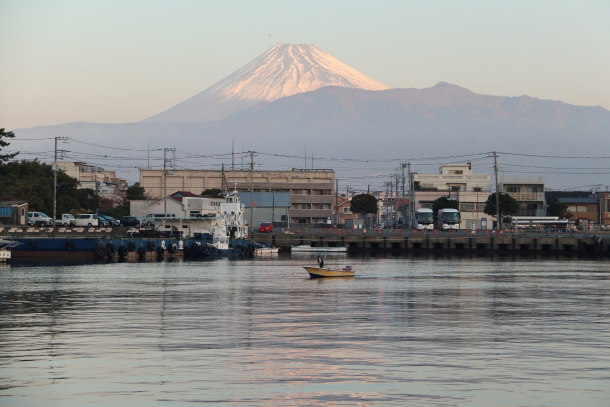 TOKYO, OSAKA, IZU and MORIYAMA, Japan - Hotels in Asia have been getting a lot of attention from hoteliers and consumers for offering lots of experience programs, which aren’t so widely available at hotels in other parts of the world. Global hotel chain Marriott International has been expanding across Asia in recent years, with five new hotels set to open in Korea this year. In Japan the hotel chain has been working with Mori Trust Group and Goldman Sachs to open and manage locations that expand the range of experiences a hotel can offer to not only local visitors, but also international travelers. 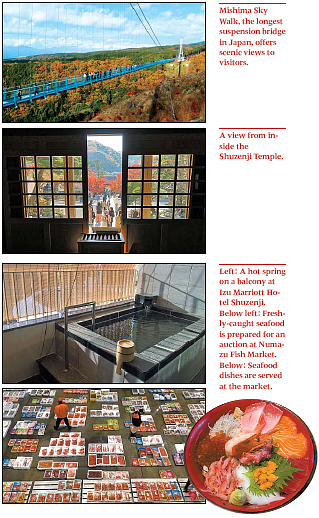 Mori Trust has been focusing on opening Marriott hotels in towns easily accessible from big cities like Tokyo and Kyoto, but concentrating on the rural charms of their settings with lots of outdoor activities and attractions. In a way, these hotels are creating the next generation of travel hotspots that can offer something new and unique to visitors returning to the country.

Goldman Sachs, on the other hand, is looking at ways to make city travel more affordable and fun by opening Moxy brand hotels in the center of big cities like Tokyo and Osaka, complete with check-in counters that double as 24-hour bars.

Visiting these newly opened Marriott hotels in Japan offers a clue as to what the new locations in Korea might be like when they open to the public later in the year.

The international hotel chain opened up its Jeju Shinhwa World Marriott Resort last month, and plans to open about five new hotels within this year, including Four Points By Sheraton Seoul Gangnam in Gangnam District, southern Seoul in March, and RYSE, Autograph Collection in the Hongdae area, Mapo District, in May. 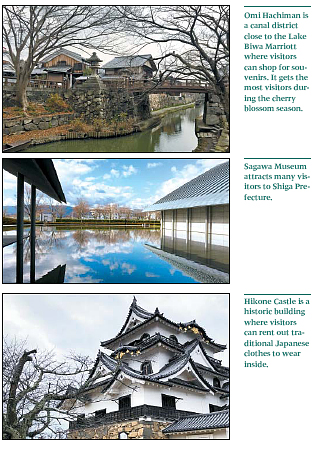 Catering to guests in the Asian market is different from welcoming in the American market, explained Mike Fulkerson, Vice President of Brand and Marketing, Asia Pacific for Marriott International. Guests in Asia generally have a tendency to look for more experiences at hotels rather than just using them as a place to stay overnight during their travels. Hotels also often prove popular with local residents, who like to visit the restaurants and use the facilities.

“We have a big focus on resorts these days and we can be even better with kids’ facilities, family rooms and all these different experience programs,” said Fulkerson. “I want those to be expected at hotels, and want hotels to be able to communicate with guests on what they can offer to them.”

In touch with nature

Izu Marriott Hotel Shuzenji in Izu, Shizuoka Prefecture, is all about outdoor experiences. Getting to the new hotel, which opened last year, from Tokyo took about two hours. Driving to the hotel doesn’t get boring, especially in the fall and winter, as Mount Fuji is always on the skyline. The top of the mountain, which is often covered with clouds, shows its peak more often during the colder months. During the two days spent in the town, Mount Fuji’s snowy peak was visible the whole time. One of the good places from which to view Mount Fuji is Mishima Sky Walk, Japan’s longest suspension bridge.

The mountain is visible from the hotel’s golf course day and night, and players can often be seen taking out their phones to take photos. If there’s no one playing out on the course, getting on a golf cart to take a look around is fun too. Groups of ducks and deer can often be spotted in the grounds.

As the hotel is located in the countryside a few minutes away from the nearby town, it is a good place to travel with pets. Right next to the main hotel building there are some pet-friendly rooms. The accommodation comes with cages for those who need them, as well as an outdoor area where guests can wash their pet before entering the room after playing outside.

Since Izu is known for its hot springs, the hotel has communal baths that guests can access for free. Some of the rooms also have private baths set up out on the balcony so that visitors can view the sunset over the trees in the late afternoon. The hotel is also close to Shuzenji, home to a hot spring that dates back to the 1200s. The hot spring was rebuilt in 2000 after being closed for some time.

Also nearby is Shuzenji Temple, a popular destination for people who want to know more about Japan’s Zen Buddhist culture. Tourists to Shuzenji can’t leave without trying the wasabi ice cream. Vanilla soft serve is served with a spoonful of freshly ground wasabi - the area is known as one of the biggest producers of the plant.

Other local delicacies are easy to find not too far from the hotel as well. Numazu Fish Market is well-known for its auctions and restaurants nearby serve fresh seafood. Baird Brewery serves beer made with local ingredients and opens its brewery facility to visitors who want a tour. Although small in size, the beer, made by American who moved to Japan, is now distributed to other cities in Japan and some overseas.

Culture on the lake

Lake Biwa, the largest freshwater lake in Japan, attracts many visitors who want to see beyond the internationally popular Kyoto, filled with historical buildings. The lake provides food to locals and the fish from the lake is often served at restaurants nearby including the Marriott Lake Biwa in Moriyama, Shiga Prefecture. Being one of the few taller buildings there with 12 floors of rooms and event halls, the hotel offers panoramic view of the lake. The newly adorned wedding chapel on the highest floor is expected to bring in not only locals but some couples who want a destination wedding.

One of the closest towns one can visit is Omi Hachiman, a canal district that is especially beautiful in the spring when the cherry blossoms are in bloom. There are many stores that sell Japanese delicacies for those wanting to buy something to bring back home. The town gets busy during the spring, but in the fall and winter it will be truly peaceful.

Another place to feel serenity is Sagawa Museum. Located about 20 minutes away by bicycle, the museum, which opened in 1998, offers visitors a chance to see not only Japanese architecture but also its art collection, although its not so big in size. The museum is surrounded by man-made lakes, which reflect the clouds in the sky on clear days. Whatever angle you choose to take a photograph at the museum, the pictures will look fantastic. Inside the museum is an old Japanese style tea room. A 30-minute tour is available, but only in Japanese. Just looking around the area without getting all the information can still be fun, as there are some elements that could remind many of the architectural style of Tadao Ando or American artist James Turrell, famous for his use of waterscape and colors. From the hotel to the museum, guests get to walk through small neighborhoods if they choose to take smaller roads, which gives one a chance to experience a small town outside the bigger well-known cities of Japan. For more information about the museum, go to sagawa-artmuseum.or.jp.

To get a look at more fun and lively animated creations, find your way to Hikone Castle. The historic castle itself has traditional buildings and walls worth taking a look at, but many character fans head here to meet Hikonyan, the mascot of the city of Hikone. Created back in 2007 to promote the small town, Hikonyan is a white cat wearing an orange samurai helmet. It appears in the castle three times a day to welcome visitors and performs a show. Sometimes it dances, sometimes plays tambourine or brings out a flower. It has established a strong fan base locally and globally.

To make the overall visit to the castle more colorful, visitors can hire traditional Japanese clothes to wear as they look around.

With a growing number of budget hotels opening in big cities, travelers can shop around before making their final decision. Moxy Osaka Honmachi adapted the idea of the check-in counter, which opens for 24 hours, into a bar that stays open all day long to attract guests who want to have easy access to drinks after a day filled with either walking around to see new things or business meetings. All the guests will be treated with a welcome drink which they can enjoy while waiting to be checked in.

Although the room might not be as spacious as ones found in a resort, the lobby area is equipped with games more often found in a bar to make the evening more enjoyable. A foosball table and video games are ready for guests to play as they enjoy beer and cocktails from the bar.

The hotel took time to make the bathroom memorable as well, as the mirror inside will be decorated with a welcome message and some cute drawings. The showers here have a chair inside to make the experience more convenient for guests.

The brand, which was first introduced in Europe in 2014, is now looking to expand more in Asia, with two hotels opening in Japan and one in Indonesia. There is currently no plan to introduce the brand in Korea.