Kim So-hyang finally has her name in lights : After a long career of ups and downs, the actor finds herself starring in two musicals this month

Kim So-hyang finally has her name in lights : After a long career of ups and downs, the actor finds herself starring in two musicals this month 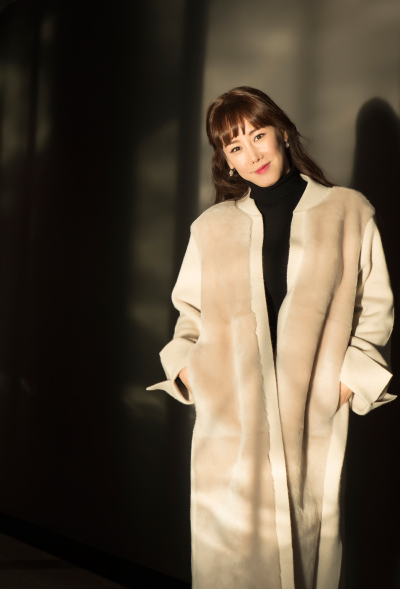 
Ask any theater fan and they will tell you that the hottest musical ticket in town this winter is “Sister Act.” Currently, over 90 percent of seats have been sold for every show.

The only Korean actor in the Asian tour of the production, Kim So-hyang, is also the first Asian ever cast in the musical. She plays the youngest nun, Mary Robert.

Adapted from the 1992 film starring Whoopi Goldberg, the musical was produced by the actor in 2006. The film tells the story of a night stage singer, Deloris, who is the sole witness of a crime.

In order to hide from the perpetrators, she disguises herself as a nun in order to live in a convent. Mary Robert is a shy, timid nun who gradually comes out of her shell and learns to not only speak up for herself, but also how to sing, through Deloris.

The musical wraps up in Korea on Jan. 21, but Kim will have no rest as she will star in “The Last Kiss” at the LG Arts Center in central Seoul beginning on Jan. 27, as one of the main characters, Mary Baroness Vetsera.

Kim has earned her success through a series of trials and errors which failed to discourage her.

After debuting in the musical “Godspell” in 2001, she went to the United States to study in 2010. She graduated from the New York Film Academy and went through hundreds of auditions in the hopes of performing on the American stage.

She would often pass the first and second rounds of auditions easily, but failed to make the final cut because of her awkward accent. To overcome this problem she practiced and practiced and took private lessons from a tutor.

After getting several small parts, she finally had her big break when she was cast in “Miss Saigon” (2013) as the main character Gigi Van Tranh. She then returned to Korea, continuing her success playing main characters in popular musicals such as “Woyzeck” (2014), “The Mozart!” (2014, 2016), and “Mata Hari” (2016).

The JoongAng Ilbo, an affiliate of the Korea JoongAng Daily had the opportunity to meet Kim for an interview at Blue Square in central Seoul, where she is currently performing “Sister Act.” The following are edited excerpts.

Q. Can you describe the audition process?

A. Last year I went to over 50 musical auditions from January to February. I wasn’t even planning on signing up for “Sister Act” because they had already announced that they wouldn’t pick any Asian actors. I instead auditioned for the ensemble and as an understudy for the role of Mary Robert, but I was picked for the role.

How did the schedules match up for you to be able to appear as the lead in two musicals?

I was able to make this happen thanks to China’s ban on Korean culture. The Chinese government announced that it was restricting the appearance of actors with Korean passports, so I had no choice but to be left out while the tour went to China, which was between August and October.

But this gap gave me time to practice my part for “The Last Kiss.” I really wanted to get the part because I loved the music that Frank Wildhorn composed for the musical. So I guess good and bad things always come along one after the other.

Why did you return to U.S. after doing so well here?

Honestly, I didn’t want to go, but I wanted to accomplish something on American stage. I went with a thirst to prove myself there.

You’ve performed in Singapore, the Philippines and Japan since May as part of the Asian tour. What were the responses from different international audiences?

They were very interested in me because I was an Asian actor. One review I remember the most was from the Singapore press, who said that “the tiny Asian actor shook up the entire stage with her performance.”