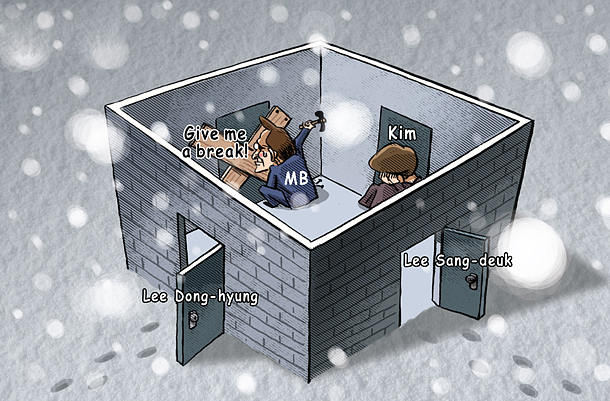 Former President Lee Myung-bak is beleaguered. His wife Kim Yoon-ok and his brother Lee Sang-deuk face allegations that they received illegal money from the National Intelligence Service. His nephew Lee Dong-hyung also faces a probe of his alleged involvement in creating a slush fund for DAS, an auto parts maker. Lee claims the investigations are political payback from the Moon Jae-in administration.