After eight-month hiatus, Heize is returning

After eight-month hiatus, Heize is returning 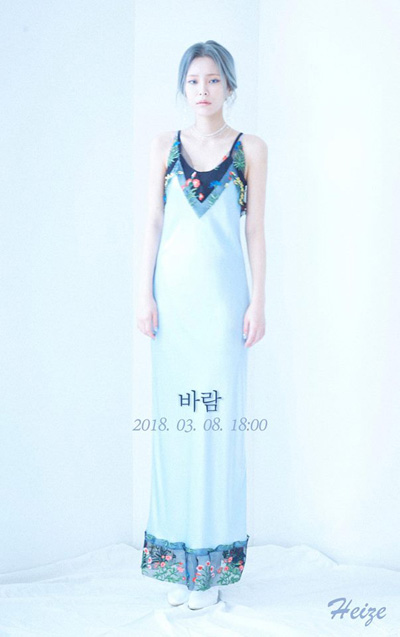 Heize, the queen of the K-pop charts, is returning with a new mini album. The singer’s agency CJ E&M announced that she will be releasing new music on March 8.

She will be breaking her eight-month hiatus with six new songs. Similar to her most popular song, “You, Clouds, Rain,” which was inspired by rain, she continues to find inspiration for her music from nature. According to her agency, the theme of this album is wind.

The rapper rose to stardom after appearing on the music competition program “Unpretty Rapstar 2.” She continued to capture music fans’ attention with her songs “Don’t Know You,” “You, Clouds, Rain,” and “Star,” all of which ranked high on the charts of music providers like Melon, Bugs Music and Naver Music last year.