Master of his time

Master of his time 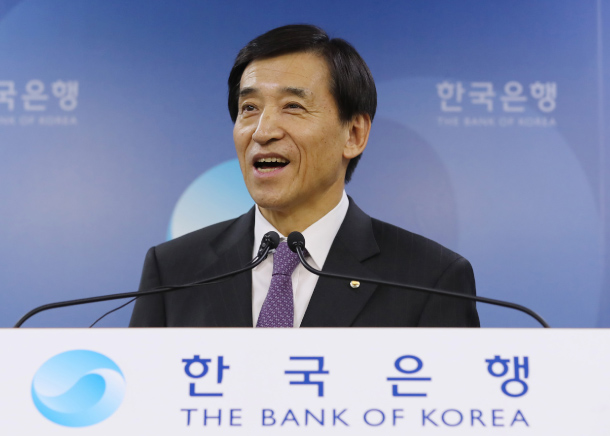 Lee Ju-yeol, governor of the Bank of Korea, has a press conference on Friday after he was reappointed for a second term as BOK governor.[YONHAP]

What makes English writer William Shakespeare so great? He was exceptional in creativity, dramatization in the English language, and understanding the depth of human nature. But those merits alone do not explain why his plays have been performed on stage more than any others. The strength is the “negative capability” of addressing and expressing ambiguity and enigma that opens a world of imagination, according to 19th-century Romantic poet John Keats. Instead of implying the obvious and jumping to conclusions, he was capable of “being in uncertainties, mysteries, and doubts without any irritable reaching after fact and reason.” His storytelling does not end, but invites new openings and adaptations.

Negative capability is the ability to work in ambiguity by exploring all possibilities. It requires extraordinary patience and insight that cannot be measured by an IQ test. It also must not be confused with timidity or ambivalence. Rashness for the sake of being bold and decisive can ruin things in uncertain times and situation. Market soothsayers are similar. They are not super-smart or work with exceptional analytic models. Their unique quality lies in the ability to study all possibilities when the market shows mixed or masked signs.

The job of new Federal Reserve Chairman Jerome Powell is cut out for him. He must unwind the $4.5 billion stimulus scheme called quantitative easing that followed the global financial meltdown of 2008 without causing tantrums on global markets. He does not need to pay heed to monetary policies of other economies since his bank prints the world’s reserve currency.

But Korea’s situation is different. Its monetary policy can be affected by others — but hardly affects others. Moreover, the Korean central bank must maneuver policy in an economy muddled in ambiguities and uncertainties. Its chief, therefore, must be extra sensitive to every sign and contradictory symptom. The Korean central bank chief has to be smarter and more acute than his U.S. counterpart. Negative capability is a must.

Korean economic conditions could be more ambiguous. From the data alone, the economy seems to be running well. Exports are strong, led by a global economic recovery. The growth rate is also steady. But the details tell a different story. Exports are primarily led by semiconductors. Other traditional mainstay items like steel, automobiles and ships remain sluggish. Since the gross domestic product has grown mostly by chip-led exports, employment and household incomes remain stagnant.

Because consumption remains lackluster, inflation does not pick up even when the economy is growing. There are signs of heat, but the room does not warm up. Data suggests the economy is in a recovery phase, but it does not feel like we are any better off. Former Fed chair Janet Yellen, in her parting words, said authorities must address income inequality when navigating monetary policy, as it can undermine growth in the long run.

The additional role adds a negative quality to monetary policy. The captain’s role is clear when a ship is in danger in stormy weather. The situation is grave, but the direction is clear-cut. But the captain of the Korean central bank today must study sustainability of exports, a policy’s impact on household debt and the real estate market, repercussions from the minimum wage hike, worsening wealth inequalities, and the danger from U.S. trade protectionism. There are too many variants to consider before making a monetary decision. Moreover, the signs from the variants are fuzzy. All the movements on the economic front must come onto the radar of the Bank of Korea chief. Andrew Haldane, executive director and chief economist of the Bank of England, said the central bank chief must be able to smell, see, hear and taste the economy. He or she must be familiar with the policy tools, domestic and international conditions and stay politically independent — as well as staying in healthy communication with the markets — in order to be intuitive and alert.

Lee Ju-yeol has become a rare governor in the BOK’s history to earn a second term.

The recovery of the Korean economy is not as reliable and solid as in the United States. Lee will face more ambiguous and contradictory signs over the next four years. He would be pressured by the administration that extended his term to take firm action to deliver clear strength in the economy. He also could be burdened by public expectations because of the exceptional vote of confidence bestowed onto him. His brainpower may be overburdened by all the pressure. When the brain is exhausted, one may be tempted to make hasty judgment.

The BOK chief was required to take decisive action in the past. But today he must address the ambiguities rather than to jump to conclusions. It is easier to make bold and quick action than to endure and work with uncertainties. That is why we hope to see a Shakespearean quality in Lee.

*The author is a guest professor at Seoul National University.