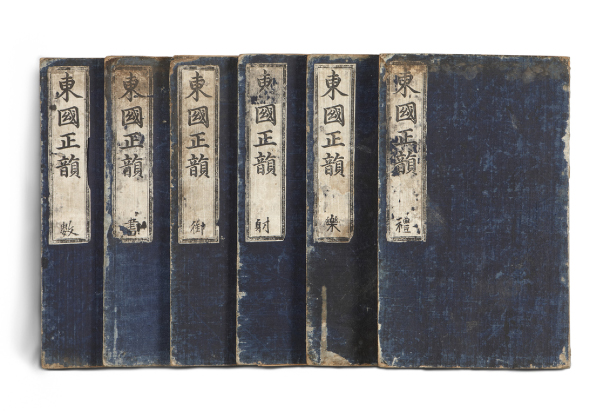 This is the country’s first book on standard rhymes, which is composed of six volumes.

It was published using type printing in 1448 (30th year of the reign of King Sejong) by scholars such as Sin Suk-ju, Choe Hang, and Bak Paeng-nyeon at the King’s instruction.

Dongguk jeongun was compiled to set a standard for writing down Chinese characters in Korean.

A similar attempt was made in China through the compilation of Hongwu zhenyun, a book on how Chinese characters should correctly be read in Chinese.

This book carries significance as the first attempt to write down Chinese characters in Korean.

Experts speak highly of it as a material about research on national language, one as important as Hunminjeongeum.

It is basic material explaining how the letters of Hunminjeongeum (present-day Hangul) were created and how its phonetic system was organized, serving as important material for those studying the system of writing down sounds of Chinese characters in Korean.