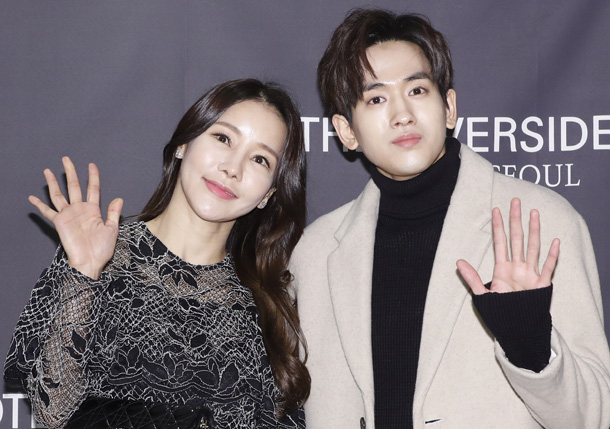 Singer Mina, left, and singer-actor Ryu Phillip from the boy band So-Real have recently tied the knot, according to TV Report on Wednesday.

The couple first acknowledged their relationship back in August of 2015. Despite their 17-year age gap, (Mina is 46, Ryu is 29) the two have remained strong in their relationship for the past three years and are planning a wedding ceremony before the end of the year.

The newlyweds appeared on season two of the KBS2 show “Mr. House Husband” on Wednesday. The couple showed the process of getting their marriage certificate and preparing for their wedding on the show.

Mina has recently been performing many concerts and Ryu has been focused on acting.