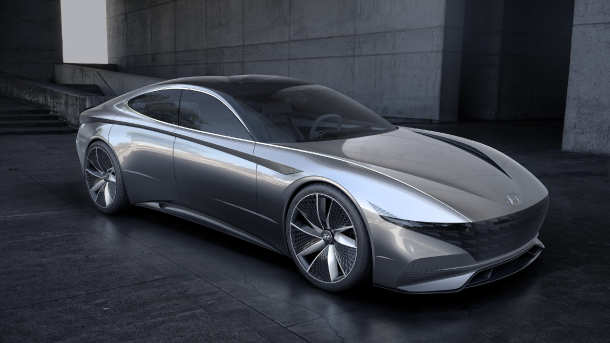 Hyundai Motor unveiled a new direction in design that will be reflected in future sedans and SUVs at the 2018 Geneva International Motor Show, which kicks off in the capital city of Switzerland today.

The automaker showcased a concept car called Le Fil Rouge, the first car to have the “Sensuous Sportiness” design features. 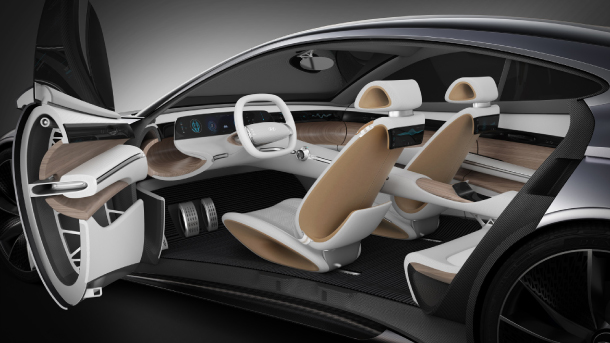 A computer-generated image of the Le Fil Rouge’s interior.[HYUNDAI MOTOR]

The automaker said it wants hints of Hyundai Motor’s past models in the designs of its future lineup, which is why the concept car is named Le Fil Rouge, which is French for “common thread.”

“We believe that Hyundai Motor’s past, present and future are connected and that belief is reflected in our direction for design,” said Lee.

“The sportiness is reflected in a feature inspired by Hyundai Motor’s two-door coupe launched in 1974,” he added.

Le Fil Rouge has a smooth and curvy silhouette from the side, which is often seen in luxury and high-tech models from premium carmakers.

The automaker said the concept car’s longer wheelbase and short overhang is better for electric vehicles.

Hyundai Motor also had the world premiere of a fully electric version of its Kona small SUV. The car is able to drive 483 kilometers (300 miles) on a single charge.

The Nexo fuel cell model is also being showcased for the first time in Europe. It is able to drive 609 kilometers on a single charge that takes a mere 5 minutes.

Kia Motors, Hyundai Motor’s sister company, premiered a new version of its Ceed, which is popular in Europe, at the show. The five-door hatchback comes with a 1.0-liter or 1.4-liter turbo gasoline engine and a newly developed 1.6-liter diesel engine.

It is equipped with a lot of smart car technology such as lane following assist, which is a first for a Kia car in Europe.