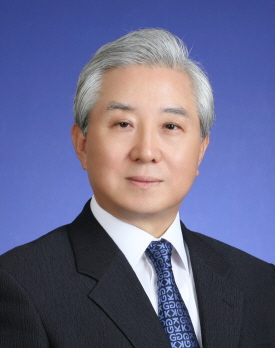 President Moon Jae-in’s envoys returned home on Tuesday from their mission in Pyongyang and reported on their meeting with North Korean leader Kim Jong-un. As anticipated, the news on inter-Korean relations, including a summit between both countries’ leaders, was satisfactory, but other items related to denuclearization and talks with the United States still loomed at large.

Before the closing ceremony of the PyeongChang Winter Olympics, Moon spoke with Kim Yong-chol, vice chairman of the North Korean Workers’ Party’s Central Committee, in an hour-long meeting during which Kim said, “We are willing to hold talks with the United States,” according to the Blue House.

A few days later, however, it was revealed that the Blue House covered up the fact that Kim actually said, “We will talk in the capacity of a nuclear power.” The office also concealed the fact that Kim Yong-chol raised objections to the resumption of joint military exercises between South Korea and the United States, which were postponed to after the Paralympics.

South Korea will be the first victim of North Korea’s nuclear weapons. Nevertheless, Moon said he would play the role of matchmaker for talks between Pyongyang and Washington, even after confirming through Kim Yong-chol that North Korea was not ready to talk about dismantling its nuclear program. The president is pretending to be a bystander, speaking as if the North’s nuclear weapons and missiles are no threat to our security.

Moon’s envoys were warmly received by their counterparts in Pyongyang and had dinner with North Korean leader Kim Jong-un on Monday. The meeting lasted over four hours and mainly concerned inter-Korean relations. Topics of discussion included a summit meeting that Kim Jong-un first proposed in his letter to President Moon, which was delivered by his sister Kim Yo-jong during her visit to Seoul last month, and keeping the peace on the Korean Peninsula.

The North Korean leadership must have elaborated on its position on maintaining peace on the Korean Peninsula. They used to give assurances that they would go nuclear-free if military threats against the North were resolved and the regime’s security was guaranteed. Then they put forward proposals such as a peace treaty with the United States, withdrawal of the U.S. Forces Korea and cancellation of joint military exercises between South Korea and the United States.

Moon’s envoys must have tried hard to persuade their northern counterparts to agree on dialogue with the United States. They might have promised to negotiate with the United States on conditions for North Korea’s participation in the talks, such as reducing the scale of joint military exercises and limiting the scope of U.S. strategic assets in these drills.

It is fortunate that North Korea, according to South Korea’s head negotiator, Chung Eui-yong, expressed its intention to have candid talks with the United States to discuss the nuclear issue. Moon’s envoys went to Washington to explain the North’s willingness to talk about preliminary steps for denuclearization, including freezing nuclear and ballistic missiles tests during the period of talks.

It is also fortunate that U.S. President Donald Trump reacted positively to the North’s nod to talks. If Pyongyang and Washington can successfully arrange talks, President Moon will stand tall as the leader who opened an era of reconciliation and harmony on the Korean Peninsula and become a strong candidate for the Nobel Peace Prize.

Moon’s plan for reconciliation and harmony is an extension of late President Roh Moo-hyun’s policy of engagement with North Korea. Roh, who was a mentor to Moon, said reconciliation and coexistence with the North was the first step toward peace and prosperity in Northeast Asia. He also said the nuclear problem would be solved if relations between North and South improved.

Succeeding Roh’s policy of engagement with the North, Moon refrains from condemning North Korea’s nuclear development. Instead of calling for a freeze and dismantlement, he expresses the view that there will be no harm if they are under control and not used for military purposes. It is naïve, but he thinks South Korea can get along with a nuclear-armed North Korea if only a peace regime is established on the peninsula.

Moon and his followers in the Blue House think they can put the North Korean nuclear program under control by forging strong unity as one nation through an inter-Korean summit. They have to keep in mind, however, that North Korea chooses to promote dialogue and improve relations with the South when it is necessary to highlight the leadership of its supreme leader. When it is necessary to integrate the North Korean people through tension, it pursues a policy of straining relations. Moon should look back on the consequences of his predecessors’ policies of engagement with North Korea.

The most important thing for us at the moment is maintaining close cooperation with the United States. We should stick to the international commitment that talks can be held, but they should not undermine sanctions. The United States has evaluated that international sanctions on North Korea have started to have an effect on the country. The death knell is sounding for the Kim dynasty.

*The author, a former diplomat at the Korean Embassy in the United Kingdom, is a former visiting professor of media studies at Myongji University.