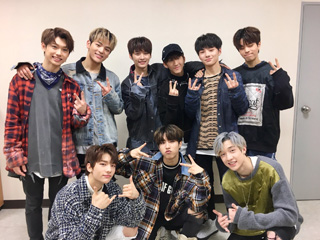 The nine-member act will drop its first record, “I Am NOT,” on March 26, according to JYP. Composed of eight songs, the album will be fronted by the lead track “District 9.”

Stray Kids is the first new boy band from JYP, Korea’s No. 2 talent agency, since the launch of GOT7 in 2014. The group announced that it will throw a pre-debut showcase at Jangchung Stadium in central Seoul on the eve of the album’s release.

The band was formed from finalists of Mnet’s idol audition show “Stray Kids,” which aired last year. The group released a non-commercial mixtape album in January filled with self-produced tracks and covers performed on the TV program.

The record peaked at No. 2 on Billboard’s World Album chart in January, while topping Apple iTunes album charts in Finland, Norway, Sweden and the Philippines.