It’s golf, but not as we know it

It’s golf, but not as we know it 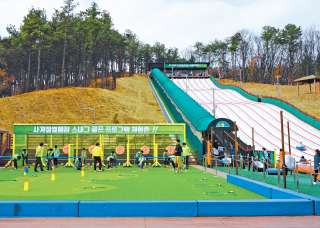 Korea’s first SNAG Golf facility is set to open on Saturday at the Children’s Vision Center in Namyangju, Gyeonggi. The facility will open until June before closing for the summer and reopening from September to November.

SNAG Golf, which was introduced in 2000, focuses on simple, structured instruction for new learners and a modified form of golf that allows learners to play in non-traditional venues.

In the United States, over 10,000 schools now use SNAG Golf as part of their physical education curricula, as well as more than five million students worldwide.