Team Kim pops up in TV spot for LG vacuums

Team Kim pops up in TV spot for LG vacuums 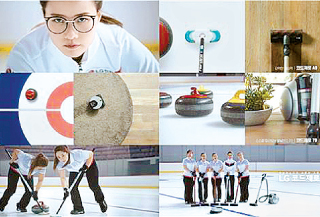 The curling team, which also goes by the nickname “Team Kim,” captured a surprise silver medal at last month’s PyeongChang Winter Olympics, spurring interest in the sport, which was never popular in Korea.

In the commercial, the team is sweeping the floor of a home with LG’s vacuum cleaners and the text reads, “Not only do they look like each other, but they also surprise the world!”

As of Sunday, a day after the ad started airing, it hit more than 370,000 views on YouTube Korea. Earlier this month, LG signed a four-year sponsorship contract with the curling team.

All members of the curling team graduated from the same high school in Uiseong, 330 kilometers (205 miles) south of Seoul. It’s a town famous for its garlic production, which earned the curling squad the nickname Garlic Girls.