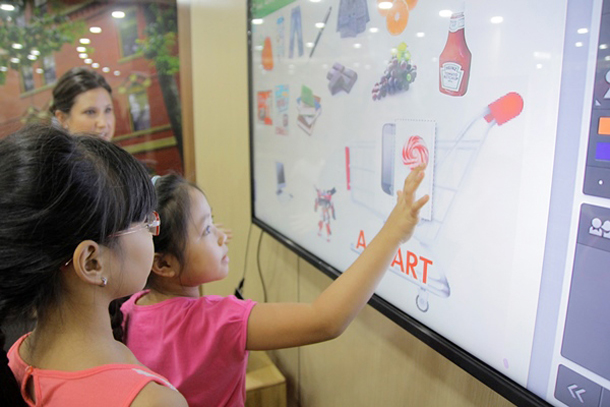 With fewer children born in Korea every year, the private academies known as hagwon, which have been a staple of the local education system, are looking abroad for opportunities.

Their goal: to export the Korean education model.

In Vietnam, where young parents are showing the same kind of zealous fervor that Korean parents have about their children’s education, English academies are being opened by Korean companies.

Chungdahm Learning, a company based in Seoul that specializes in teaching English, was one of the first. In November 2015, Chungdahm signed a partnership with a Vietnamese education company to open Apax in Hanoi. Apax is modeled after the April Institute in Korea, which teaches English to younger students.

The company has opened more branches in Vietnam since, and as of the end of last year, it has 45 academies with about 25,000 enrolled students.

The companies are already noticing the change. Daekyo, a Seoul-based education services provider, saw its sales shrink 6 percent last year to 812.2 billion won ($749.6 million) from 2012. Woongjin Thinkbig, based in Paju, Gyeonggi, maintained sales of 613.4 billion won last year, similar to the previous year but down 18 percent compared to 2011.

“With the trend of a shrinking student population in the domestic market, we are at a dead end for growth with the existing business model,” said Lee Seung-wook, an analyst at Hanwha Investment & Securities.

Thus, Korean education companies are eying overseas markets. Vietnam is an especially attractive destination because of its young population and parents with high enthusiasm to spend on their children’s education.

JLS, a chain of hagwon, is now expanding to Vietnam after entering the Chinese market with its English teaching materials and online content.

Digital Daesung, a company focused on college prep, recently announced it would also enter the English education market in Vietnam.

Publisher Hanuri Books signed a deal with Renaissance Learning, an American education technology company, to collaborate on an English education business in Vietnam.

CMS Edu, a popular chain of math hagwon, also plans to enter the Vietnamese market this year. Last year, it secured a contract with a Vietnamese education company and plans to open a CMS Edu learning center for kindergartners and elementary students in Hanoi during the first half of this year.

Vietnam has over 96 million people, according to the CIA World Factbook, and a sizeable population born in the 1980s, after the Vietnam War ended in 1975. And these adults in their 30s are willing to invest in top-notch education for their now elementary school-aged children.

“Looking at Vietnam currently is reminiscent of the fervor for private education in Korea in the 1980s and 1990s,” said Seo Seung-myo, a public relations manager at Chungdahm Learning. “In Vietnam, based on the level of English skills, a college graduate’s wages can increase threefold, which is why parents are fired up about early English-language education.”

Chungdahm Learning’s private academies in Vietnam have a monthly tuition of around $150 because they employ native English speakers. This is around four to five times the amount of academies with local teachers.

However, because Korean education companies are just starting to enter the Vietnamese market, they are not making significant profit yet. The market is still dominated by local education companies and others from English-speaking countries, according to a report by the Korea Trade-Investment Promotion Agency released last year.