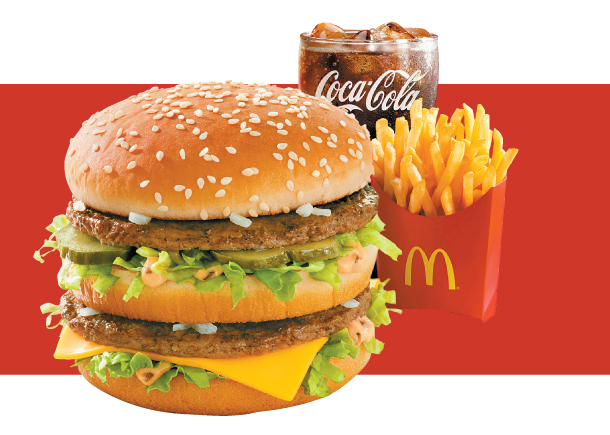 On March 29, McDonald’s celebrated its 30th anniversary in Korea. The fast food chain first entered the country in 1988, the same year as the Seoul Summer Olympics, and for the past 30 years, it has contributed to the development of Korea’s fast food industry.

The company has worked to satisfy the needs and lifestyles of customers with constantly updated menus and improving service. It has contributed to local economic development by hiring local and pursuing mutually beneficial growth with its partners.

In 1992, McDonald’s introduced its first drive-through service in Korea, McDrive, which added convenience for the country’s burgeoning suburban population. In 2005, the franchise began offering 24-hour service, and the following year, McMorning, a line of breakfast items, was launched.

In 2007, McDonald’s started offering delivery. The service, McDelivery, was touted as innovative and opened a new chapter in the history of Korea’s food services industry. Most recently in 2016, McDonald’s introduced new interiors that offer premium menus, digital kiosks and a pleasant dining experience that represents the best in customer service. The first restaurant with these features opened in Digital Media City in western Seoul. There are now 220 across the country.

McDonald’s has become Korea’s favorite fast food chain thanks to its menu considering the preferences of local consumers. There are the classics — the Big Mac and French fries — that are popular all around the world, but there are also burgers that fit the Korean palate such as the Bulgogi Burger, McSpicy Shanghai Burger, 1955 Burger, and Signature Burger.

In the past decade, 1.9 billion people have visited McDonald’s in Korea and about five people visit a restaurant each second. McDonald’s is also one of the biggest buyers of coffee in the world. In Korea alone, the company’s McCafé chain has sold 240 million cups for the past five years.

Among global fast food chains operating in Korea, McDonald’s has the highest employment. In 1988, the company had just 100 employees. Now, there are 17,000 people working at McDonald’s.

Through its Open Employment program, McDonald’s has been hiring people regardless of age, education level or disability. There are 3,952 working mothers, 763 senior citizens and 240 people with disabilities for the last five years. Workers with disabilities make up 3.5 percent of McDonald’s work force, higher than the 2.9 percent mandated by the Ministry of Employment and Labor.

McDonald’s has made great contributions to the local economy based on its “three-legged stool” principle of supporting franchisees, partners and the company. Instead of forming a subsidiary, McDonald’s has contracted 30 independent suppliers to provide raw ingredients. The benefit to local farms, suppliers and distributors is notable. McDonald’s healthy franchising model in Korea has been sustained by 60 years of experience in global franchising.

In addition to its business partnerships, McDonald’s has been carrying out various charitable activities to share the love it has received from the community. There have been 320,000 participants in the Ronald McDonald Soccer Club, over 200,000 burgers have been donated through the Happy Burger Campaign and Ronald McDonald House has been serving children with cancer and their families.

“The biggest reason why McDonald’s has been a beloved franchise in Korea for the past 30 years is great love and cheer from our customers,” said Melanie Joo-yeon Joh, managing director of McDonald’s Korea. “McDonald’s will seek sustainable development as the leading company in Korea’s food services industry and provide the best food and service suiting the various lifestyles and needs of our customers.”


Do you remember when McDonald’s took its first step in Korea?
On March 29, 1988, the hottest place in Korea was the McDonald’s in Apgujeong-dong, southern Seoul. Hundreds of customers lined up to celebrate the opening of Korea’s first McDonald’s and demonstrated the fast food chain’s potential in the country.

McDonald’s has since introduced many menu items exclusively for Koreans and services to satisfy the changing lifestyles of its customers. Over 17,000 employees, 6,000 owners and 30 contractors have worked together with confidence to make McDonald’s a leading company.