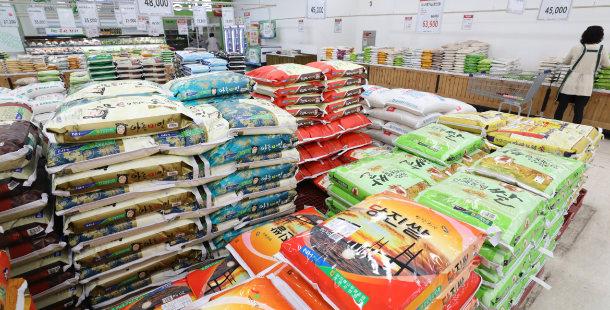 A staff member checks out rice at the Nonghyup Hanaro Mart in Yangjae-dong, southern Seoul on Tuesday after prices increased 26.4 percent last month year on year, according to the Consumer Price Index released by Statistics Korea on Tuesday. Grain prices rose 20.1 percent, the largest jump since June 1996. [YONHAP]