The politics of the grand gesture

The politics of the grand gesture 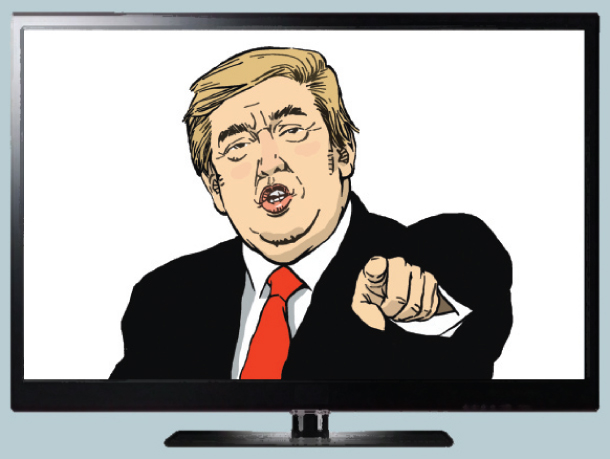 President Trump’s ascent to the presidency benefitted not only from his role as outsider-businessman but as an entertainer. His television show “The Apprentice” brought in contestants interested in business — the apprentices — and then pitted them against one another in elimination rounds. Each show closed with Trump turning dramatically to the loser and saying “you’re fired.”

Trump now appears to be mimicking his own TV show, with firings on Twitter and near-weekly departures from the White House and key cabinet and staff positions. Unfortunately for Korea, issues surrounding the peninsula are coming to a head just as the American presidency is entering a new and even more unsettling phase, a phase in which Trump’s impulses will drive policy to an even greater extent than in the past.

In this new politics — where theater is more central than substance — Korea might well come out the winner if it plays its cards well. The renegotiation of the U.S.-Korea free trade agreement (Korus) is an example of the politics of the grand gesture. To hear Trump talk about the free trade agreement, it was barely worth saving. But domestic constituencies pushed back and the vast majority of Korus provisions remain totally unchanged.

The remaining tweaks can be divided into the good, the bad and the ugly. Some issues, such as mutual recognition of standards in the auto sector, pharmaceutical pricing and increased transparency could have positive effects for both American firms and South Korean consumers. In the “bad” category would be continued U.S. tariffs on trucks. Uglier still are the quotas on steel and aluminum, which only put a Band-Aid on the much larger problem of global surplus capacity. Exchange rate policy is also likely to be a sour note.

But the larger point is that when South Korean Minister for Trade Kim Hyun-chong briefed the National Assembly, he seemed pretty confident and pleased. The South Korean steel industry said little about the new restraints, which it preferred to tariffs, and the auto and truck measures were particularly theatrical in content: there is hardly any trade in these products anyway. A negotiation that was preceded by “fire and fury” ended up with marginal changes unlikely to even affect Trump’s base very much.

The politics of the grand gesture carry much more risk when dealing with the North Korea issue. Despite my misgivings about Trump, I remain hopeful about the summit: U.S. and South Korean policies have been in a rut and the strange bedfellows — Moon and Trump — might well be able to achieve something. Despite the appointment of hawks such as John Bolton — with his unfortunate and counterproductive history on the peninsula — Trump will want his summit to succeed. Rather than Bolton pulling Trump to a more hawkish stance, the dynamics of the summit could work in the opposite direction, with Bolton forced into the uncomfortable position of defending the president’s initiatives.

But the risks remain great. Someone, somewhere is probably working on the summit in the U.S. foreign policy establishment. But the process is shrouded in uncertainty. With depleted staff and turnover at State and the National Security Council, it is hard to believe that the U.S. will come to the negotiations with fully fleshed-out ideas. And even if it did, they could be upset by another grand gesture.

The discomfort of living in Trump’s America is that those grand gestures could fly off in quite different and even opposite directions. One would be a bold move to put many issues on the table and push the North Koreans toward a more speedy resolution, instead of their favored “action for action” and endlessly-phased approach. With China and South Korea holding firm on sanctions and the priority of the nuclear issues, this could spell a breakthrough.

But there are two other possibilities, each with diametrically opposed risks. One is that Trump could come into the summit so assured of his negotiating prowess that he gives away too much, letting North Korea off the hook. There is little mood at the moment to give North Korea sanctions relief, but we can’t rule out the growing concern that Trump is too weak on the foreign stage rather than too assertive.

The larger risk is that summit planning does get pulled along by his more hawkish advisers and fails without outlining the path to a negotiated settlement; Bolton has openly stated that this would be his preferred outcome. At that juncture, Trump’s impulses could push him back to military options, despite the fact that his own generals have repeatedly stated they carry extraordinary risks. Bolton’s predictions become self-fulfilling prophecies and we are not simply back where we were, but much worse off.

Most American analysts believe that Presidents Moon and Xi have played a highly constructive role in getting us to this point. The summit would have been impossible without the Olympic gambit. This support — even guidance — is needed now more than ever as the constraints on Trump fall away. Close coordination among China, the U.S. and South Korea over the North-South summit is the best way to exploit the hopes — however slim — of a negotiated settlement.