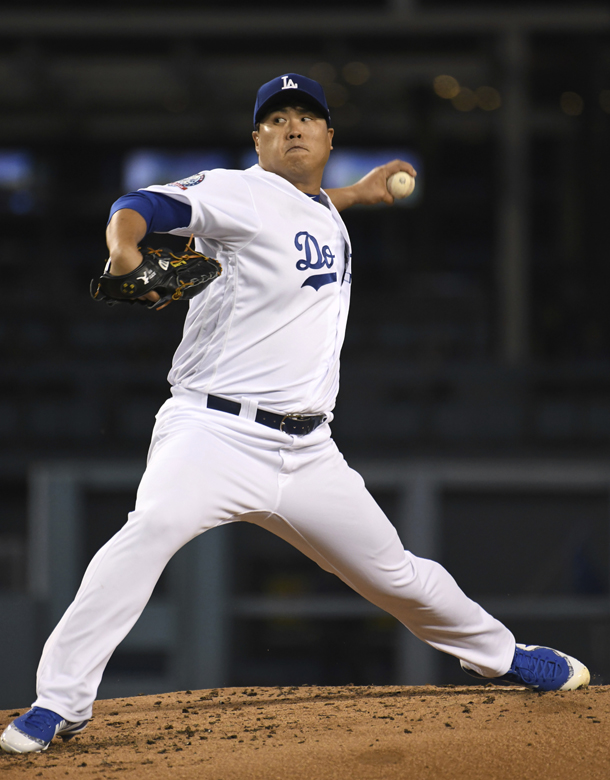 Ryu Hyun-jin of the Los Angeles Dodgers pitches during the first inning of a game against the Oakland Athletics at Dodger Stadium in California on Tuesday.

Ryu pitched six scoreless innings to pick up his first win of the season, as the Dodgers won 4-0. Ryu struck out eight while giving up only one walk and a hit. Ryu’s ERA dropped significantly, from 7.36 to 2.79.

Previously, Ryu made his first start of the season against the Arizona Diamondbacks on April 2, where he gave up three runs, five hits and five walks in three and two thirds of an inning. [AP/YONHAP]