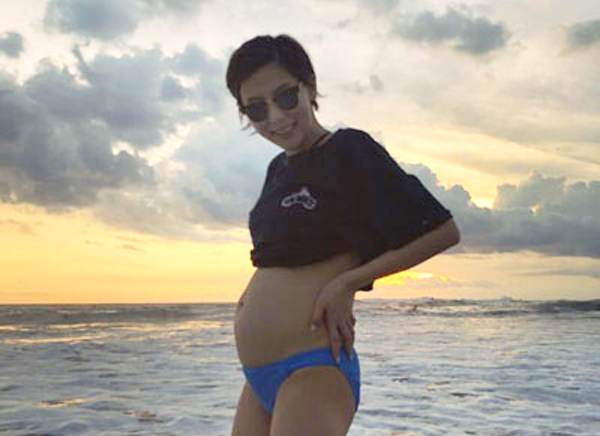 Entertainer Kim Na-yeong revealed that she is pregnant with her second child on social media Wednesday.

Kim posted a picture of her pregnant belly along with the caption, “Welcome little brother of Choi Sin-u.” Her agency confirmed the news with local media outlet TV Report saying, “She is expecting to give birth this summer.”

Kim had a small private wedding in Jeju in April 2015, and had her son a year later. In 2017, after her first pregnancy, the star appeared on cable channel FashionN reality TV show “Mama Land,” which gave viewers a look at the daily lives of celebrity moms.

Kim debuted in 2003 as a reporter on cable network Mnet’s “M Wide Enews,” and later rose to fame by appearing on a number of TV programs. In recent years, Kim has appeared on many fashion-related TV shows such as “Get It Style,” “Style Log” and “Fashion King Korea.”