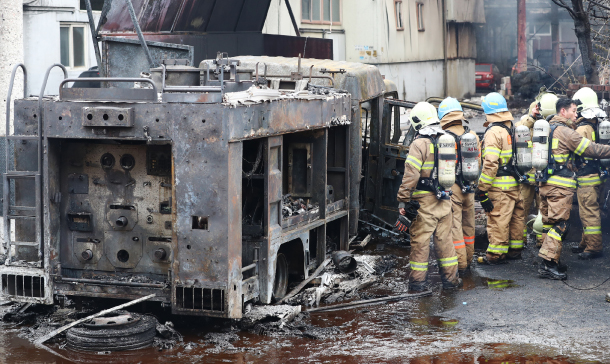 Rescue workers examine a fire truck that caught on fire after a large blaze broke out at a chemical waste facility in Incheon on Friday. The smoke spread to nearby neighborhoods, and 300 factory workers were evacuated. About 438 firefighters were dispatched to the scene. No deaths were reported as of press time. [YONHAP]