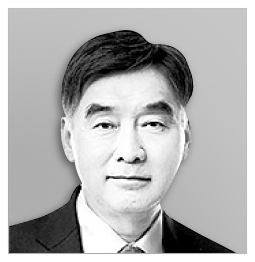 *The author is a professor of economics at Hansung University.

Universities are busy preparing for government inspections ahead of another round of restructuring in higher education. They could see their admissions quota cut if they score in the bottom 40 percent.

Higher education is just one area affected by a new law that reduces the maximum number of weekly work hours from 68 to 52. The number of workplace categories exempt from the rule has also been reduced, from 26 to five. Guidelines on flexible work schedules, though, were not touched.

Japan has also aimed to cut work hours but left room for flexibility. For example, there are no legal restrictions dictating the nature of overtime work. In a new bill submitted to parliament last week, the administration in Tokyo proposed capping overtime at 720 hours per year or 100 hours per month, including weekends, in hopes of reducing death from overworking.

No exceptions were made for any particular type of business, but workplaces can stretch into overtime if seasonal or delivery factors call for extra work. The Japanese government aims to upgrade productivity and wellbeing of workers by reducing overwork, but it has made exceptions in light of business factors and other causes. 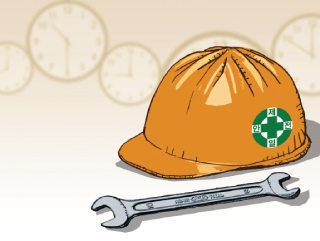 Korean manufacturers of mainstay exports like cars, steel, electronic equipment and components could lose labor competitiveness against the Japanese because of reduced work hours. Korea’s productivity per worker is just 80 percent of Japan’s and could decrease further. The 52-hour work week applies not only to manufacturers but also designers and programmers in offices and research labs. Korea’s power in software and hardware could weaken.

The entertainment industry is also no exception to the rule. Aspiring singers and dancers who train around the clock in studios across the country fall under this curfew. Whether the Korean entertainment industry can immediately shift to a U.S.-style production system that relies heavily on pretaped segments remains questionable.

Korea’s flextime cycle is restricted to two weeks or three months at most. The new law demands the labor minister revise flexible work terms by 2022, but the government must hasten the process to broaden the scope of flextime.

Even if hours become more flexible, the actual amount of time spent at work does not necessary increase. Germans work about 800 hours fewer than Koreans per year, but flextime is commonplace. By law, flextime is allowed for 24 weeks to six months. But labor and management can push the limit to a year through collective bargaining. Australia, France, Sweden and the United States also allow flexibility in work hours for up to a year.

Korea restricts overtime to 12 hours, but many countries do not set a ceiling and leave the decision to employers and employees. The United States and Singapore do not have the cap on overtime. In Britain, overtime of up to 14 hours per week is possible if workers sign up for the extra work.
France, which capped its standard work week to 35 hours, also allows individual workplaces to settle overtime terms.

Starting in September, workplaces of 50 people or less will be able to set hours through negotiations with workers without gaining union approval.
The revised law in Korea allows overtime in workplaces of 30 people or less until 2022. But the exceptions should be expanded to more businesses and reflect different industry standards. Work should also be rewarded based on performance instead of years of employment so that reduced hours do not lead to losses in jobs, wages and competitiveness.