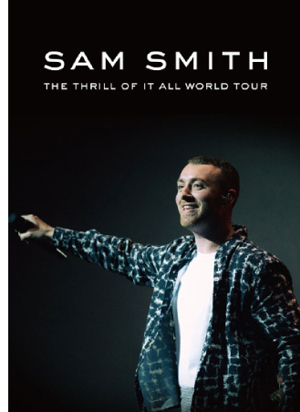 Early bird tickets for Sam Smith’s first concert in Korea sold out in one minute on Tuesday, according to Hyundai Card, the host of the concert.

Early ticket sales for the concert were held exclusively for Hyundai Card holders at 12 p.m. on Tuesday.

Sam Smith debuted in 2014 with his album “In the Lonely Hour,” and the following year, he took home Song of the Year and Record of the Year at the 57th Grammy Awards and many more at the Billboard Music Awards and Brit Awards.

In Korea, the singer is known for his hit songs “I’m Not the Only One,” “Stay with Me” and “Lay Me Down.”

The concert in Korea is part of his world tour following the release of his second studio album “The Thrill of It All” in November 2017.

Ticket sales for the general public open today at 12 p.m. on Interpark and the concert will be held on Oct. 9 at the Gocheok Sky Dome in western Seoul.