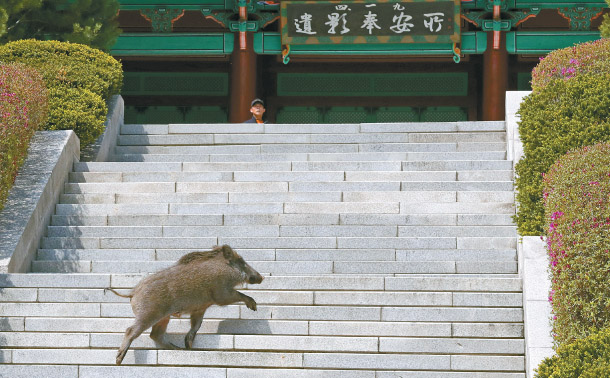 A wild boar wanders the April 19th National Cemetery in northern Seoul on Tuesday. The boar has not been reported to have caused any harm, and authorities responded after it was spotted. The national cemetery is the resting place of activists who participated in democracy protests on April 19, 1960, when thousands took to the streets to protest the rigged election of President Syngman Rhee. [YONHAP]