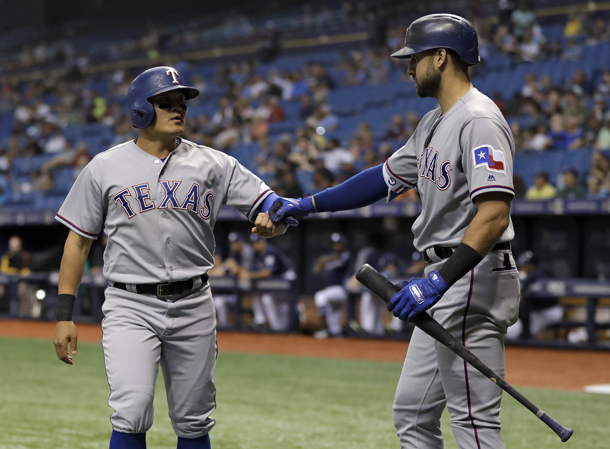 Choo Shin-soo of the Texas Rangers, left, celebrates after scoring a run off Joey Gallo in the first inning during a game against the Tampa Bay Rays at Tropicana Field in St. Petersburg, Florida, on Tuesday. Following a run in the first, Choo hit a solo home run at the top of sixth to extend the Rangers’ lead to 6-1.

The home run in the sixth was one of two hits during the game - the other was a sacrifice fly. This was Choo’s fourth home run of the season and his first since April 6, against the Toronto Blue Jays. With two runs batted in and four runs on Tuesday, Choo’s batting average is now at 0.219. The Rangers defeated the Rays 7-2.