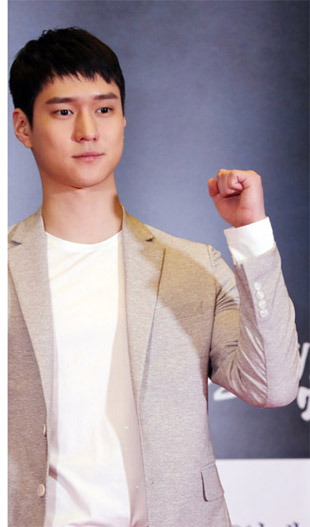 Actor Ko Kyoung-pyo, 27, will enter a military training camp as an active duty solider today, according to a source from his agency CL & Company on Friday.

“[Ko shared that he] wanted to quietly enter the military so [we] decided not to reveal the location of his training camp,” said the source.

Through his agency, Ko said, “I will fulfill my duty as a Korean man and complete my mandatory military service with diligence and courage. [This military period] may be considered a long time to some or a short time to others, but I will do my best to return as a mature actor and person.”