*The author is an industrial news reporter of the JoongAng Ilbo. 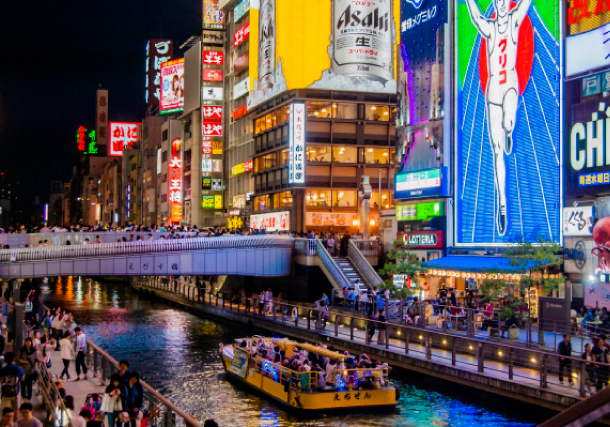 Losers envy the winners, and right now, Korea should be envious of Japan. The Japanese economy is far more active than the Korean economy. While a week-long vacation may not be enough to understand Japan, I am so envious of Japan that I constantly talk about it.
It took 20 to 30 minutes to check in at hotels in popular tourist cities like Kyoto because there were so many guests. Restaurants, even ones not listed on Tabelog, a restaurant review site, were filled with patrons.

In fact, according to the Japanese National Tourism Organization, the number of foreign visitors to Japan last year was a record-breaking 28.7 million. It is a 19.3 percent increase from the previous year and highest since the Japanese government began releasing incoming tourist statistics in 1964. The number of Korean visitors to Japan jumped 40 percent, but visitors from other countries like Russia (40.8%), Hong Kong (21.3%), Indonesia (30%), China (15.4%) and Vietnam (32.1%) also increased.

The increase of tourists also helped an already active domestic economy. The Nihon Keizai Shimbun newspaper reported on April 16 that the average wage increase at a major Japanese company was the highest in 20 years. 246 companies offered average increases of 2.41 percent, the highest since 1998.

It is notable that it wasn’t a few large manufacturers that raised wages. Non-manufacturing and service businesses are short of workers and are aggressively increasing their wages.

Japan has clearly entered the good cycle of an economic upturn with wage increases. Unlike in Korea, where the government raised the minimum wage by 16.4 percent and encouraged employers to offer contract workers regular employment, companies are voluntarily raising wages in Japan.

The Nihon Keizai Shimbun claimed that the biggest wage increase in 20 years was not created by the government, but due to competition for workers due to a shortage of labor. The Korean government should pay attention to Japan.