To the tune of Tunisia

To the tune of Tunisia 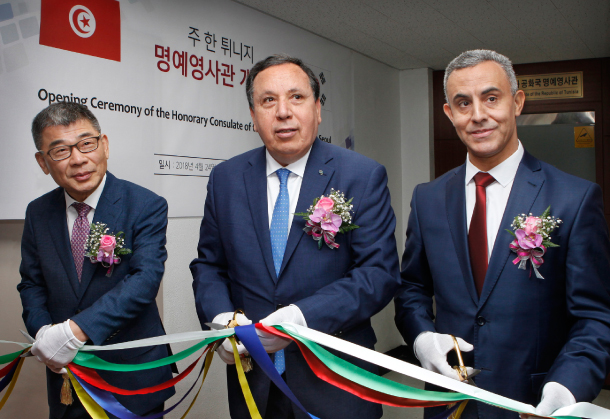 From left, Choi Jong-uk, an honorary consul to Tunisia and chief executive of data security company MarkAny; Khemaies Jhinaoui, Tunisia’s minister of foreign affairs; and Nabih El Abed, the Tunisian ambassador to Korea, celebrate the opening of an honorary Tunisian consulate at the offices of MarkAny in central Seoul on Tuesday. [PARK SANG-MOON]