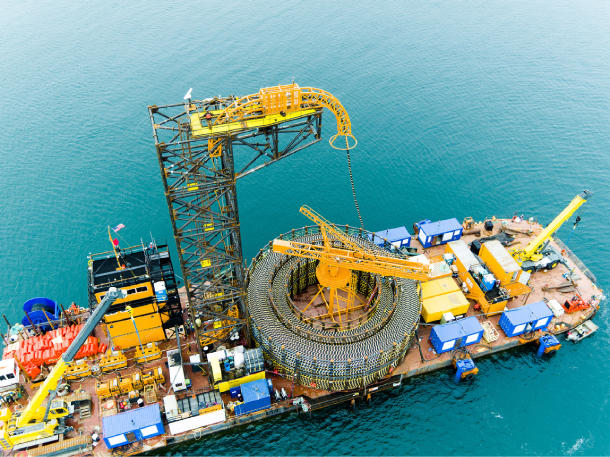 “The management strategy will take into account the company and its overseas subsidiaries. The company will differentiate itself from competition and stay competitive by combining the management of the company and overseas subsidiaries. Also, new businesses — including in the United States and France — will be stabilized as soon as possible. We will concentrate on development with ‘internal stability,’” explained Koo in his New Year’s speech in January.

The cable company’s push to diversify in overseas markets has ensured that it gets the best resources from the best places, giving it a considerable competitive advantage. LS Cable & System calls this the “Preoccupancy, Expansion” strategy, embracing considerable rapid investment alongside detailed market analysis.

The company is looking for new opportunities in Europe — a popular market among global cable companies — and future industries, including electric car components. It is also looking to dominate the market in developing countries in Southeast Asia.

The company established a unit to sell communication cables in France, separate from an existing sales company in Britain centered on electrical cables. The demand for optical fiber cables is expected to increase due to construction of super high speed communication networks in Europe.

The French affiliate has already started seeing success — in August last year it won a contract in Italy to supply cables for a high-speed network there. It has successfully established itself in the European market, recording cumulative orders of 100 billion won.

Last November, an affiliate supplying electric car battery components, LS EV Poland, was established in Poland. The company will begin production next month. It is the first European production unit of a Korean wire company. The decision to introduce a production unit in Europe was in preparation for the expansion of the electric vehicle market, as well as a growing local battery business.

The company will also begin to develop fiber-optic cables in Poland in line with the development of the European communications market. It will begin production from next April. The Poland facility will be LS Cable & System’s third fiber-optic cable production line following one in Korea and one in Vietnam.

“The new units in France and Poland will bolster our global communication business, and the market will expand to Eastern Europe and Russia,” said Myung Roe-hyun, CEO of LS Cable & System.

The company has also been constructing LS-Gaon Cable Myanmar in Myanmar since November last year, with production scheduled to begin this November. The products produced in the company will be priced competitively with appropriate client services to dominate the market. Myanmar has gone through great financial development recently — comparable to Vietnam 10 years ago. Therefore, the demand for cable has been growing rapidly, but over 50 percent of the market is dominated by imports.

LS Cable & System is striving to optimize marketing to maximize sales based on countries with increasing demand for power solutions, including major markets in Asia, the Middle East and the United States. As a result, it penned orders worth 370 billion won in Singapore in 2017, as well as an order worth 220 billion won in Qatar.