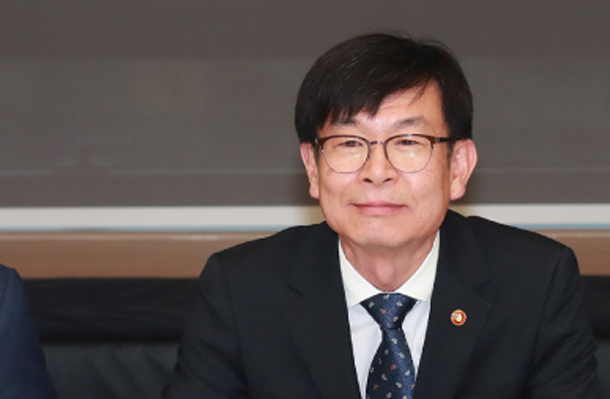 This is Kim’s third meeting with conglomerate executives since he took office last year. The last two meetings were in June and November of last year. The guest list was bigger this time, with twice as many companies invited.

The meeting took place on the same day that the Moon Jae-in government celebrated its first year in office.

“The FTC is listening to both arguments,” Kim said. “We will determine the speed and the intensity of chaebol reform with consideration for both views consistently, whether it be for three years or five years.”

Kim once again raised the need to completely eliminate past practices that saw major companies allocating the majority of its works to affiliates.

“Such practices provide unfair profits to the families that hold the majority stake in the companies at the expense of small and medium-sized businesses, even leading to the illegal inheritance of businesses and damaging competitiveness,” Kim said. “It harms a fair economy and limits innovative growth.”

He said companies should preemptively improve themselves instead of trying to avoid government audits and regulations by finding loopholes.

Kim commended companies for changing their corporate governance structures, pointing out that such steps now only tie in with the current administration’s policy, but also the expectations of the market and society in general.

“It’s positive that these changes are not only limited to several companies but are spreading to other companies as well,” Kim said. “I will continue to communicate with the business community and to positively respond if leading businesses request meetings to discuss government corporate policies or innovative growth.”