Walking a careful road to peace

Walking a careful road to peace 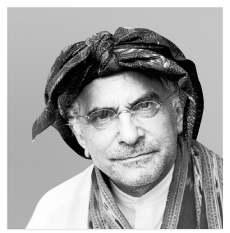 José Ramos-Horta
*The author, a former president of Timor-Leste, is the 1996 Nobel Peace Prize laureate. He will speak on how to overcome legacies of the past and to promote reconciliation and peace in the Korean Peninsula and Northeast Asia at the 2018 Jeju Forum for Peace and Prosperity from June 26 to 28.


For much of 2017 and 2018, while the U.S. President Donald Trump and North Korean leader Kim Jong-un exchanged threats of mutual destruction, Trump dismissed the tentative efforts of his own secretary of state to engage the North Korean regime in talks as a “waste of time.” While the North Korean leader seemed to enjoy taunting the U.S. president, who responded with tweets threatening the North with annihilation, there was one man who remained genuinely committed to the pursuit of peace.

As the rest of the world faced a growing worry that war could break out between the United States and North Korea, with dire consequences for South Korea and beyond, South Korean President Moon Jae-in was steadily walking down the road toward an end of the permanent nightmare of war between the Koreas, one that would have unimaginable consequences. A devout Catholic, he doggedly pursued dialogue with his Northern counterpart. As host of the Winter Olympics he warmly welcomed Kim Jong-un’s younger sister Kim Yo-jong, who charmed her hosts and captivated the Korean media and public with her simplicity, shy smile and conciliatory statements.

Today it seems the clouds of war have abated; instead of war, peace seems to be breaking out. What inspired the North Korean leader to desist from further nuclear and long-range missiles tests and eventually to verbally agree to a complete denuclearization of the Korean Peninsula?
Oceans away, in the U.S., there has been much excitement about how the Nobel Peace Prize should be awarded to President Trump, and mostly ignoring the man who has made it all possible.

President Moon, very much a statesman, gave President Trump full credit for these dramatic developments because he knows too well that unless he secures U.S. commitment, this peace process might just be derailed. So floating the idea of the Nobel Peace Prize for President Trump was a wise gesture. For President Moon there is a grander prize — lasting peace for the peoples of both sides of Korea.

It is too soon to talk about the Nobel Peace Prize. We are obviously at the very early stages of what is certainly going to be a long, drawn-out process. When we do, if anyone deserves credit for the surprisingly positive developments in the Korean Peninsula, it is President Moon Jae-in.
On the other hand, we also know how every conflict (armed or unarmed) involves at least two parties (and in some instances, as in the tragic case of Syria, numerous parties). In the Korean no war-no peace drama, President Moon needs a partner to tango; his dance partner in this case is the “Rocket Man,” who presides over the worst human Gulag since the Stalin death camps.

Should the Nobel Committee award the ultimate prize to the two leaders in equal manner, to a true lifelong democrat in the South and a despot in the North? I leave the resolution of this extremely delicate question to the wise men and women of the Nobel Peace Committee.
A longstanding human rights and democracy advocate, President Moon belongs to the political family of two late presidents, Kim Dae-jung (1998-2003) and Roh Moo-hyun (2003-2008).

President Moon is walking the same steps walked by his two deceased political soulmates, Kim Dae-jung and Roh Moo-hyun, in their decades-old quest for lasting peace and reunification of the two peoples. Both made history as they traveled to Pyongyang on June 13, 2000, and on June 15, 2007, respectively. The two Koreas had a joint delegation in the 2000 Sydney Olympics, then lauded as a diplomatic feat.

So in some ways, what’s happening now is a “déjà vu” that should invite nuanced optimism. However, regardless of past disappointments, there is reason for renewed hope.

The principles in the Panmunjom Declaration recently signed by the two leaders are: The two Koreas will 1) promote inter-Korean relations, the opening of a liaison office in Kaesong in the North 2) completely cease all hostile acts and 3) and actively cooperate to establish a solid peace regime and complete denuclearization of the Korean Peninsula.

The international community should fully support the Panmunjom Declaration and in consultation with South Korea seek to broaden the it to encompass incremental progress on the human rights front, in particular releasing of prisoners and ending of arbitrary detention and torture. I believe this is achievable but it has to be pursued carefully and incrementally.

What rewards and assurances can Kim Jong-un expect from the United States and other major powers in return for abandoning his nuclear ambitions? Obviously China, South Korea, Japan, the European Union, would not hesitate to dedicate financial, economic and technical assistance to prop up the North Korean economy, bring prosperity, and with it, the opening up of the country.

Phased withdrawal or reduction of U.S. troops from South Korea would be another incentive for the North. The very proud people of South Korea are grateful for the decades of U.S. protective security umbrella and yet they have mixed feelings in regards the U.S. military presence on their soil. As long there was a menacing North Korea, South Koreans swallowed their pride and thanked the U.S. for the credible deterrence it provided them over several decades. Once this threat is resolved, the U.S. military presence may have to change accordingly.

Presidents Moon and Kim Jong-un are acutely aware of the U.S.’s indispensability and are equally mindful of the superpower in their neighborhood, China, which will remain an indispensable partner in every sense. For successful completion of this peace process, and for the sake of peace in the broader Asia region, the U.S. should forge a relationship of trust and partnership with China (as it is doing with India) rather than confrontation.

How the Nobel Committee will respond to these events is the result of a long, formal process of intensive review. If President Trump does play a key role in a process that succeeds and achieves what others before have tried with North Korea, he would do well to, at the same time, show heart to refugees, migrants, U.S. ethnic minorities, members of the Muslim faith and the others being demeaned and threatened by the alarming rise of racism and racial violence in his own country. And he must recognize that the road he is walking is one that was built not on Twitter but by decades of work by the former and current South Korean leaders, and one that continues to be built ahead of him by vital Asian partners.