One of Koreans’ favorite pianists Yuhki Kuramoto is coming back to Seoul for a concert this month. At the Seoul Arts Center, he’ll be staging a solo concert showing off many of his lyrical piano performances, playing some of his best songs including “Romance” and “Lake Louise.” See MUSIC. [STUDIO BOB] 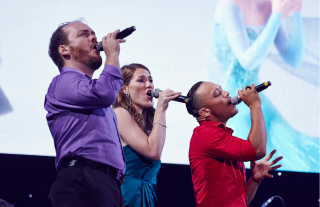 May 19-20: Singers will come together in Seoul to sing everyone’s favorite Disney songs and depict magical movie moments on stage.

While clips from the films play on screen, the audience will get to enjoy the singers playing out the scenes on stage as well. The program includes songs from Disney classics such as “The Little Mermaid,” “Beauty and the Beast,” “Lion King” and “Frozen.”

May 23: Popular Japanese pianist Yuhki Kuramoto is returning to Korea for a concert titled “Beautiful Memories.” He’ll be performing some of his favorite scores such as “Romance,” “Lake Louise” and “Meditation,” among others. Ditto Chamber Orchestra will be accompanying the pianist at the concert.

May 31: Acclaimed soprano Jo Su-mi, pictured above, and tenor Roberto Alagna will be performing together to celebrate the Sejong Center’s 40th anniversary. Alagna, who is known as one of the world’s top three tenors, will be returning to Korea for the first time in 10 years. The concert will showcase opera music’s beautiful harmony.

June 2: Yoon Jong-shin is noted for his smooth, melodic voice that touches on the moments when people reminisce about their past. This concert features the soothing music that comforted Yoon when he felt exhausted and tired.

The Bolshoi Theater Orchestra is the oldest in Russia and has been led by conductor Pavel Klinichev since 2001. 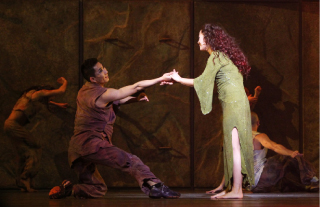 June 8 to August 5: Based on the 1831 French romance novel by Victor Hugo, this musical is a combination of unforgettable songs, Gothic stage design and a dramatic plot. To mark its 10th anniversary at the Sejong Center for the Performing Arts, the performance selected a brilliant cast, including musical actors Yoon Gong-joo, Michael K. Lee, Choi Min-chul, Chung Dong-ha, Min Young-ki, Lee Choong-joo and Park Song-kwon, as well as singer K. Will.

To July 15: This musical revolves on a brilliant, shy professor who sadly can’t muster up the courage to talk to the girl that he has a crush on. After encountering a vampire while time traveling, the timid professor becomes a charming man. The show will be presented on a stereoscopic stage to highlight the themes of time and space.

May 19: The lineup for this festival is made up of five well known artists: IU, Kim Bum-soo, duet group MeloMance, vocal girl group Mamamoo, and indie band Soran. The artists will be performing music that blends well with the spring weather.