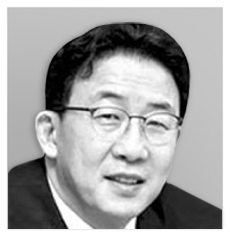 Ahn Dong-hyun
*The author is a professor of the Seoul National University School of Economics.

Moon Jae-in’s economic policy, dubbed J-nomics in tribute to the president’s given name, has been implemented for a year. The political slogan for J-nomics is an economy for the people backed by the concept of income-led growth. The concept is borrowed from the wage-led growth idea championed by a few advocates at the International Labor Organization. The argument is that higher wages would stimulate aggregate demand to aid growth. To achieve the goal, the government proposed to boost jobs, enforce fairness in the economy and generate innovations.

How well is the government doing? Polls show Moon enjoying unprecedentedly strong approval ratings for a Korean president. But he does not get good scores on economics. Polls place his performance with the economy at around 50 percent, which is in line with a consumer sentiment survey that also found 50 percent of the people were dissatisfied with our economic conditions.

Experts are even harsher than the man on the street. According to a survey by the Association of Korean Economic Studies, just 19.6 percent gave positive ratings while some 47.1 percent was negative. The president and his administration might complain that a year is too short to evaluate the effects of ongoing policies. They can argue that many of Moon’s economic commitments are being delayed by gridlock in the legislature.

So, what has been achieved so far? The president has set up a situation board on jobs data in his office as a symbolic show of the government’s focus on employment. The government has raised the minimum wage by 16.5 percent, reduced legal weekly hours to 52 hours, placed part-time workers on the permanent payroll, and increased the number of government employees. Yet the unemployment rate hit 4.5 percent in March, which was the highest figure in 17 years. Youth unemployment was 11.5 percent, the highest since 2016. With stark figures like that, the government cannot earn high scores for its policies on jobs.

In an economy like Korea’s, a higher minimum wage or reduced work hours can generate the opposite result of what the president desires. Since employers paying the minimum wage are mostly self-employed shop owners or small-scale merchants or producers, higher labor costs lead to more layoffs for them to survive. In fact, the number of employed in the lodging and dining services sector fell for nine straight months, while 54 percent of self-employed individuals said they now take home less income.

Meanwhile, some improvements were made on policies to ensure more fairness in the economy. The Fair Trade Commission clamped down on big companies’ exploitative practices with their subcontractors and also drew gradual improvements in the ownership structures of chaebol. Economists gave the highest credit to the government’s antitrust policies and progress in improving the governance structure of large enterprises. But the approach appeared domineering and interventionist as authorities had to force corporations to make changes due to a lack of legal grounds to force fundamental reforms.

The most disappointing area is innovation. The government’s attempts to promote an innovative economy were as ambiguous as the slogan for a creative economy by the former administration. Over 70 percent of economists named finding a new growth engine as the top economic priority of the administration over the four remaining years of Moon’s term. But the government has done nothing more than recycle and repackage existing measures to promote start-ups and innovation.

In its first year in office, the government’s economic policy focused on increasing incomes and social benefits — all tending to the demand side. Waning growth potential is the biggest problem for the Korean economy. In order for J-nomics to bear fruit in changing our economic paradigm, the Moon administration must come up with feasible solutions to stimulate supply and rejuvenate our sagging growth potential.