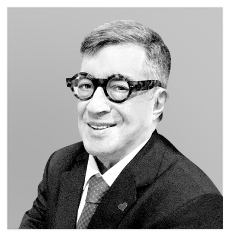 David A. Andelman
*The author, a visiting scholar at the Center on National Security at Fordham Law School and director of its Red Lines Project, is a former foreign correspondent and author of “A Shattered Peace: Versailles 1919 and the Price We Pay Today.”


Donald Trump’s decision to withdraw from the Iran nuclear accord has given the Kremlin a boost. The U.S. president’s Iran action means that Vladimir Putin could make up what he has lost from being sanctioned with the soaring price of oil — the real backbone of the Russian economy and his hold on power.

True, Putin hasn’t (yet) gotten rid of the sanctions levied by the U.S. Congress on Russia and reluctantly implemented by Trump. But the Russian president must be reveling in the fact that his U.S. counterpart has caused just the sort of havoc in the United States and splits across the Western alliance that Putin wanted.

Trump has withdrawn the United States from the Trans-Pacific Partnership trade pact, effectively empowering China; has been the only nation to pull out of both the Paris climate accord and the Iran nuclear deal; and has threatened Washington’s closest allies with a series of debilitating tariffs. And then there’s all the chaos that the investigation into Russian election meddling has managed to produce in the United States, while at the same time allowing Kremlin specialists to hone their chops on tactics that can be applied elsewhere around the world.

But the real, most tangible and most immediate impact is in the numbers — specifically, the windfall Russia has reaped as an offset against the sanctions levied against it. The backbone of the national economy is oil and the foundation for Putin’s hold on power is its price. One year ago, the price of Brent crude was fluctuating between $46 and $51 per barrel. By Tuesday it had soared to $78, roughly a 60 percent increase that took place at the same time the United States was tightening its sanctions on the Russian economy.

About $10 of the price increase in crude oil has come in the last two months, when the oil markets began pricing in the premium that would likely accrue after the United States’ withdrawal from the Iran nuclear treaty and the resulting sanctions on doing business with Iran.
With Russia producing nearly 11 million barrels per day of oil, that means an additional $110 million per day or $40 billion a year in additional revenue.

There’s no doubt the sanctions have had some incremental costs to the Russian economy, or certainly to a handful of oligarchs. April was not a good month for Russian stocks, the main index crashing some 11.4 percent in one day, and the nation’s 50 wealthiest oligarchs losing a combined $12 billion, according to Forbes.

That was, of course, on paper since few seemed to be cashing in their shares.

Indeed, investors in Russian stocks were handsomely rewarded for their patience in the past month, with the RTS stock index surging from 1,085 on April 16 to 1,194 on May 11, a more than 10 percent rise.

At the same time, Putin has begun hedging his bets, diversifying his markets for Russia’s crude oil exports. In January, a second oil pipeline to China was opened, potentially doubling China’s imports to 30 million tons through the two countries’ linked pipeline systems.

It is admittedly difficult to determine the precise impact of U.S. sanctions in any macro sense on the Russian economy. But several of the large, effectively multinational, publicly traded firms appear to have thrived, improving their balance sheets — particularly the nation’s three biggest banks (Sberbank, VTB and Gazprombank); and three in the oil and gas space (Rosneft, Novatek and Transneft). The three oil and gas companies have substantially reduced their indebtedness, while the three big banks have become ever less dependent on external financing. Russian central bank figures show that the foreign debt of Russian corporations dropped by $11.1 billion in 2016 and $15.2 billion last year.

Moreover, Western companies continue to find it profitable, indeed attractive, to do business in Russia. German direct investment in Russia skyrocketed to $1.08 billion in the first three quarters of last year, quadruple the figure for all of 2016, with German’s Daimler building a €250 million ($299 million) assembly plant near Moscow. France’s investments rose to $524 million last year from $438 million a year earlier.

Much of this may be attributed to an improving investment climate in Russia, whose rank on the World Bank’s 2018 Ease of Doing Business Index surged to 35 out of 190 countries, from 92 in 2014.

But even on a macro level, the rise in oil prices over the past year seems to have more than offset the impact of sanctions. As Reuters reported last week, Russia is suddenly on track to run a budget surplus this year for the first time since 2011 — mostly attributed to a 65 percent rise in the price of crude, which accounts for 40 percent of the nation’s budget revenues.

To be sure, concern about harsher sanctions on Iran isn’t the only factor affecting the oil price; factors like the decline in Venezuela’s crude oil production have played a role too. Nonetheless, Trump’s decision about the nuclear accord has presented another unexpected, though hardly unwelcome, gift to a Russian president who is benefiting from the limits of America First unilateralism.