PARK HYUN-YOUNG
*The author is the deputy editor of the JoongAng Sunday. 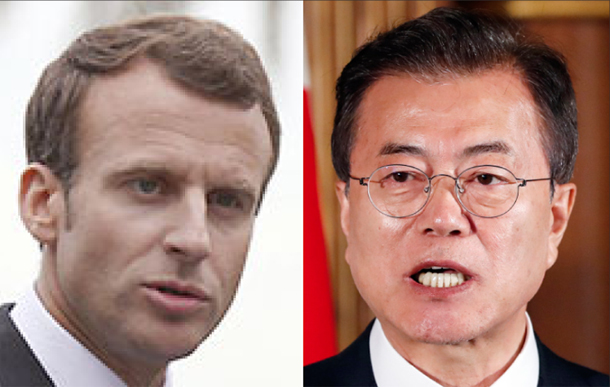 On May 22, I was trapped in an airplane at Charles de Gaulle Airport in France. As airport workers participated in a nationwide public sector strike, flight arrivals and departures were delayed. The captain made an announcement that the air traffic control center would only assign take-off times once the doors were closed. As a result, passengers should remain seated. It was inconvenient and uncomfortable, but I was thankful to depart, as 20 percent of the flights that day were canceled.

It was the third nationwide public sector strike since Emmanuel Macron became the president of France in May 2017. Protesters filled the streets with signs saying, “Macron, Non.” They opposed his labor reforms. The nine public unions, which have always had differences in their positions, united after 10 years. Macron’s labor reforms are intense, so the resistance is fierce.

Macron advocates cutting 120,000 public sector jobs during his five-year term and reforming the debt-ridden state-owned railway company SNCF. He revised the notoriously harsh dismissal terms and made the system for creating employment easier. Restructuring conditions were also eased. For instance, companies with less than 49 employees can pursue restructuring when sales decrease for two consecutive quarters.

President Moon Jae-in prioritizes job policy, but the direction is the opposite of France. During his five-year term, 810,000 jobs are to be added in the public sector. The constitutional amendment proposal expands workers’ rights to collective action and widened the scope of lawful strikes. The performance-base pay system proposed as part of the public sector reform was also scrapped. As a strategy to create jobs in the private sector, work hours have been reduced to 52 hours a week.

France is struggling to treat the “French disease,” but Korea seems to be taking the same path. France has long suffered from low growth, high unemployment and large fiscal debts. The Economist called France the “time bomb” of Europe in 2012. But last year, the Economist named France the country of the year. It highly acknowledged France’s will to reform by easing labor laws and suggesting an alternative from the divided politics around the world.

Korea may want to consider France’s case. Korea should not go through the chaos France is in today to reform the public sector.