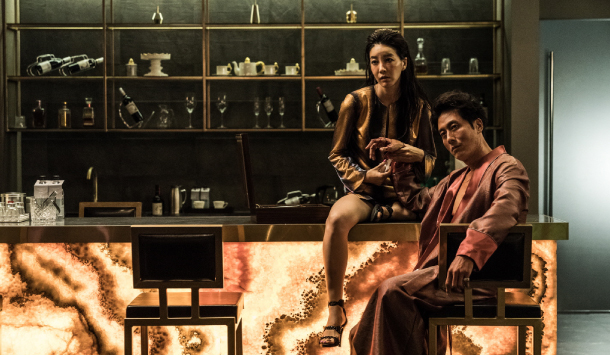 The last movie starring actor Kim Joo-hyuk, who died in a car crash in October, “Believer” sold 1.09 million tickets from Friday to Sunday at 1,357 screens, accounting for more than 50 percent of weekend ticket sales.

Centering on a persistent police officer (Cho Jin-woong), who has spent many years tracking down a mysterious drug organization, the feature follows the office and reticent criminal (Ryu Jun-yeol) as they attempt to unmask the mysterious ring leader of the drug group. Kim plays a malicious Chinese drug tycoon.

At a distant second was “Deadpool 2.” The Ryan Reynolds-led movie sold 420,800 admissions at 933 screens in its second weekend, taking up 21.7 percent of the entire ticket sales.

The latest antihero movie that sheds light on familial love has sold a total of 3.16 million tickets, nearing the 3.32 admissions of the first film in the series. Co-starring Josh Brolin and Zazie Beetz as the newly formed X-Force, the movie is Hollywood’s attempt at an unconventional superhero flick.

While “Avengers: Infinity War” stood at No. 3 with 108,000 tickets, another widely-expected Disney-distributed film “Solo: A Star Wars Story” merely debuted at fourth. This new movie, centering on the young Han Solo (Alden Ehrenreich) meeting his future co-pilot Chewbacca and encountering the notorious gambler Lando Calrissian, sold 104,000 admissions over the three days. Helmed by Ron Howard of “Inferno” (2016), “Solo” is the fourth franchise film since Lucasfilm was taken over by Disney.

Horror flick “Truth or Dare” rounded out the top five in its debut weekend. Coming from Blumhouse Productions, also behind highly-acclaimed horror film “Get Out” (2017), “Truth or Dare” sold 95,000 admissions.