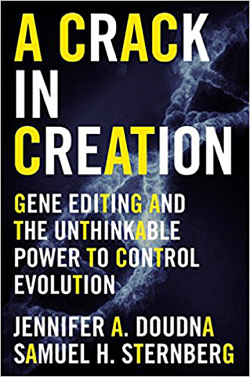 A Crack in Creation: Gene Editing and the Unthinkable Power to Control Evolution

A trailblazing biologist grapples with her role in the biggest scientific discovery of our era: a cheap, easy way of rewriting genetic code with nearly limitless promise and peril.

Not since the atomic bomb has a technology so alarmed its inventors that they warned the world about its use. Not, that is, until the spring of 2015, when biologist Jennifer Doudna called for a worldwide moratorium on the use of the new gene-editing tool Crispr - a revolutionary new technology that she helped create-to make heritable changes in human embryos. The cheapest, simplest, most effective way of manipulating DNA ever known, Crispr may well give us the cure to HIV, genetic diseases and some cancers, and will help address the world’s hunger crisis. Yet even the tiniest changes to DNA could have myriad, unforeseeable consequences - to say nothing of the ethical and societal repercussions of intentionally mutating embryos to create “better” humans.

Writing with fellow researcher Samuel Sternberg, Doudna shares the thrilling story of her discovery and passionately argues that enormous responsibility comes with the ability to rewrite the code of life. 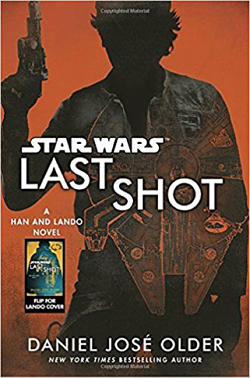 Han Solo and Lando Calrissian are reunited on the Millennium Falcon in a galaxy-spanning novel inspired by Solo: A Star Wars Story. But even the fastest ship in the universe can’t outrun the past. The hardcover edition includes a reversible jacket, with one side featuring Han and the other featuring Lando!

It’s one of the galaxy’s most dangerous secrets: a mysterious transmitter with unknown power and a reward for its discovery that most could only dream of claiming.

But those who fly the Millennium Falcon throughout its infamous history aren’t your average scoundrels. Not once, but twice, the crew of the Falcon tries to claim the elusive prize - first, Lando Calrissian and the droid L3-37 at the dawn of an ambitious career, and later, a young and hungry Han Solo with the help of his copilot, Chewbacca. But the device’s creator, the volatile criminal Fyzen Gor, isn’t interested in sharing. And Gor knows how to hold a grudge. It’s been ten years since the rebel hero Han Solo last encountered Fyzen Gor. After mounting a successful rebellion against the Empire and starting a family with an Alderaanian princess, Han hasn’t given much thought to the mad inventor. But when Lando turns up at Han’s doorstep in the middle of the night, it’s Fyzen’s assassins that he’s running from. And without Han’s help, Lando will be annihilated.

With the assistance of a young hotshot pilot, the woman who might be the love of Lando’s life, and Han’s best and furriest friend, the two most notorious scoundrels in the New Republic are working together once more. 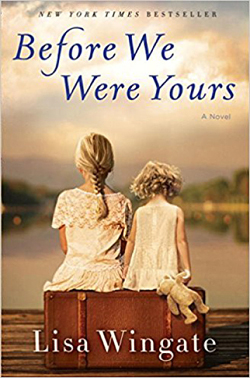 Before We Were Yours

For readers of “Orphan Train” and “The Nightingale” comes a “thought-provoking [and] complex tale about two families, two generations apart … based on a notorious true-life scandal.”

Memphis, 1939. Twelve-year-old Rill Foss and her four younger siblings live a magical life aboard their family’s Mississippi River shantyboat. But when their father must rush their mother to the hospital one stormy night, Rill is left in charge - until strangers arrive in force. Wrenched from all that is familiar and thrown into the Tennessee Children’s Home Society orphanage, the Foss children are assured that they will soon be returned to their parents - but they quickly realize the dark truth. At the mercy of the facility’s cruel director, Rill fights to keep her sisters and brother together in a world of danger and uncertainty.

Aiken, South Carolina, present day. Born into wealth and privilege, Avery Stafford seems to have it all: a successful career as a federal prosecutor, a handsome fiance and a lavish wedding on the horizon. But when Avery returns home to help her father weather a health crisis, a chance encounter leaves her with uncomfortable questions and compels her to take a journey through her family’s long-hidden history, on a path that will ultimately lead either to devastation or to redemption.

Lisa Wingate’s riveting, wrenching and, ultimately, uplifting tale reminds us how the heart never forgets where we belong.