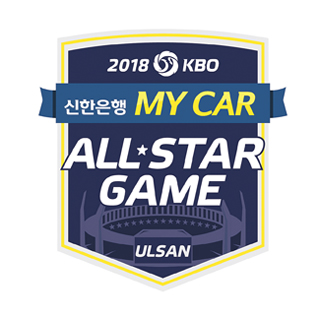 Voting for the All-Star Game in the Korea Baseball Organization (KBO) will open next Monday, with 12 players on each side to be selected by their fans and peers.

The KBO on Thursday unveiled a list of 120 candidates, 12 players from each of the 10 clubs. Online fan voting will begin at 10 a.m. next Monday and will close at 6 p.m. on June 29. The starters will be announced on July 2.

Defending champions Kia Tigers will be joined by the NC Dinos, LG Twins, Nexen Heroes and Hanwha Eagles on the Nanum Team. The Dream Team will have players from the Doosan Bears, Lotte Giants, SK Wyverns, Samsung Lions and KT Wiz.

Fans can visit the KBO’s website (www.koreabaseball.com) or download either the KBO’s official mobile app or KBO STATS app to cast their vote. They can vote once on each of these three platforms per day.

Player voting will take place on June 21 at five stadiums.

Miralem Pjanic is ready for a good game against Korea

Bosnia and Herzegovina midfielder Miralem Pjanic said Wednesday he is ready to play a good game against Korea despite traveling a long distance from Europe.

The Juventus playmaker is one of the 23 players on Robert Prosinecki’s Bosnian national football team that will face Korea in a friendly match at Jeonju World Cup Stadium in Jeonju, North Jeolla, on Friday. For the Koreans, the friendly against the Bosnian team will be their World Cup tuneup at home before flying to Austria with their final squad of 23 players.

“[Korea] will play at the World Cup, so I think [the upcoming friendly] will be a good game and a good preparation for them,” he said.

Park In-bee, the world No. 1 in women’s golf, was named Korea’s favorite golfer in a poll released on Thursday.

Gallup Korea said Park, an LPGA Hall of Famer, won 29 percent of support in its poll of 1,003 adults.

The phone survey had a margin of error of 3.1 percentage points with a 95 percent confidence level.

Park is the all-time leader among Korean players with seven career LPGA major titles. She has won 19 times overall on the tour and became the youngest player ever to qualify for the LPGA Hall of Fame at 27 in 2016. That same year, Park won the gold medal at the Rio de Janeiro Summer Olympics.