MOON BYUNG-JOO
*The author is a deputy social news editor of the JoongAng Ilbo. 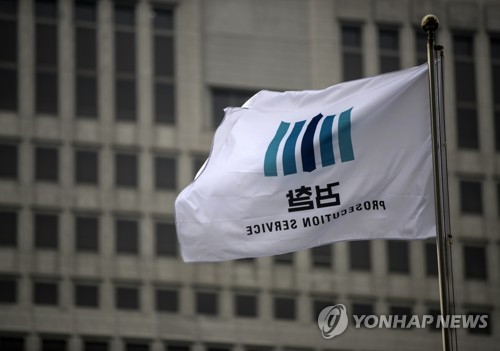 The appeals trial in the case of Lee Young-hak, better known as “Molar Daddy,” started recently. Lee received a death sentence in the first trial for sexually assaulting and murdering his daughter’s friend and abandoning the body.

The focus of the trial was on Lee, who had shaved his head. On the other side of Lee was 61-year-old Jung Myung-ho of the Seoul High Prosecutors’ Office.

He has worked as a prosecutor for 35 years. He stayed in the courtroom for more than six hours in addition to the trial.

A few days later, I met Jung again. I cautiously asked why he was sitting in the court and not opening his own law practice. He was in the 13th class of the Judicial Research and Training Institute, and his classmates include former Chief Justice of the Constitutional Court Park Han-chul and former Prime Minister Hwang Kyo-ahn. Prosecutor General Moon Moo-il was in the 18th class, and his direct boss Cho Eun-seok, head of the Seoul High Prosecutors’ Office, was in the 19th class.

To my question, he said, “I like the job of prosecutor. About 10 years ago, when I wasn’t promoted, I considered opening a law practice. But I decided to keep my dignity and go back to my job as a prosecutor.” He was different from others in the power-oriented profession.
He reminded me of a prosecutor in the Incheon District Prosecutors’ Office, who wrote a book called “Inside Stories of Prosecutors: Studying the People, Studying the World.”

He wrote that prosecutors are not that different from office workers. He wrote that a senior prosecutor referred to himself as “a small nail in the gigantic ship that is the Republic of Korea.” The job of the nail is not deciding where the ship is headed, but keeping the metal plates of the hull intact.

If you believe that prosecutors are only focused on their cases, no matter where the world is headed, you may wonder if they have any sense of a mission. But to me, this is an example of them fulfilling their given duties regardless of political turmoil and social changes.
Whenever I go to Seocho Station in southern Seoul, I cannot help but notice how the drab the Supreme Prosecutors’ Office building is.
Over the past several years, I have witnessed prosecutors and investigators working on their cases, big and small.

They rely on fans in the heat of early summer, as the air conditioning is not on yet. Most of them do not openly express their positions on social issues or hold press conferences.

As a salaried worker, just like those prosecutors, I am determined to check whether the nails are keeping the metal plates of the ship in place and making sure they are not rusty. If possible, I will also paint the ship often in order to keep it from rusting.