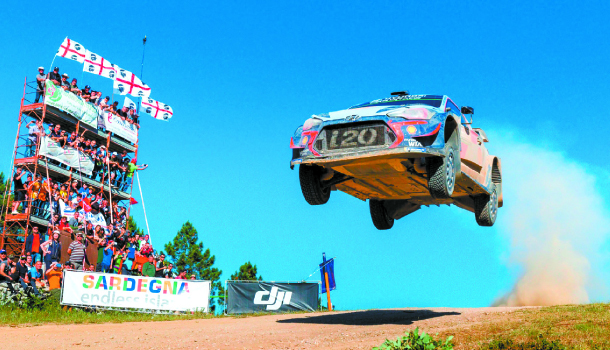 Hyundai Motor has won in the World Touring Car Cup (WTCR) and World Rally Championship (WRC) eight times this year as it continues to rise to the top of the motorsports world.

Hyundai Motor reported that Thierry Neuville of the Hyundai World Rally team won first place in the seventh 2018 WRC race, which was held in Sardinia, Italy from June 7 to 10. Hyundai Motor has won WRC races three times this year and has also won five times in the WTCR circuit racing tournament.

Hyundai Motor has won 10 times since it started participating in the WRC, and expanded its lead over Ford’s world rally team to 28 points in the manufacturer rankings.

Neuville added 149 points to the total ranking by winning the Italy Rally. He beat second-place Sebastian Ogier by 27 points and raised fans’ expectations for the Hyundai World Rally team’s 2018 season.

Neuville started 3.9 seconds behind Ogier on the last day of the race. However, he finished the rally 0.7 seconds faster than Ogier to win his second Italy Rally due to his astonishing concentration.

“The last day of Italy Rally was a fantastic tournament,” said Neuville. “I won by just an inch, and am very pleased to keep my ranking. I will keep on doing my best in the race this year.” 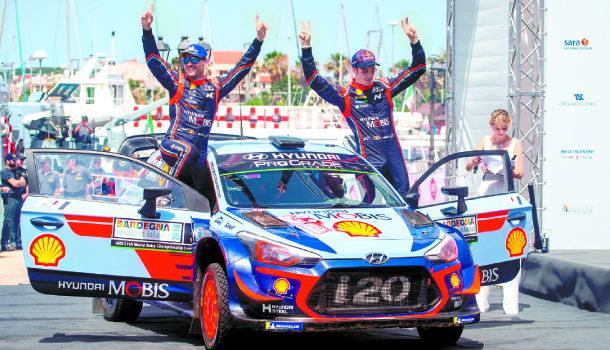 Michele Nandan, the Hyundai Motorsport Team Principal, said, “The Italy Rally was a fantastic race. We were able to do so well thanks to the excellent performance of Hyundai Motor’s i20 rally car and our teammates.”

The 2018 WTCR held its opening ceremony in Morocco, and will be held in 10 countries, including Europe, Asia and the Middle East. The finals are held three times in every competition, and the winner will be picked at the end of the year.

The WTCR was launched this year as a merger of the TCR International Series and the WTCC (World Touring Car Championship. It is an official competition of FIA (Federation Internationale de l’Automobile), along with Formula 1 and the WRC.

“Motor sports are a display of the technical skills of automobile manufacturers and an indicator of their skills. We will continue promoting our technology by participating in worldwide racing tournaments,” said an official at Hyundai Motor.