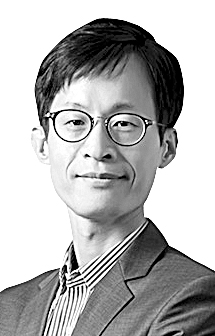 Ahn Byung-jin
*The author is a professor of American studies at Kyung Hee University’s Global Academy for Future Civilizations.

In search for a new beginning, many conservatives in Korea have shown interest in the history of Britain’s Conservative Party as an exemplary case of values and innovation. However, it is peculiar how conservatives study foreign examples while turning a blind eye on experiences that have happened right before their eyes.

In the preface of “Candlelight Revolution” by Kim Ye-seul that chronicled the history of the struggle, poet Park No-hae advocated the 30-year cycle of revolutions. Three decades allows young people in their 20s to fight against the hypocrisy of the time for 15 years and then establish themselves in mainstream society during the next 15. Once the revolution matures after 30 years, the generation becomes rigid and swings towards conservatism.

Then a new, energetic entity to make a new 30-year revolution is born. The candlelight revolution is an extraordinary event declaring the end of the 30 years created by the “1987 system” and the beginning of the “candlelight system” of 2017. The spirit of the new 30 years is comprised of equality, justice and peace.

Competition among political groups over the political order of the candlelight system has only begun. The Moon Jae-in administration and Democratic Party are ahead of this competition. New conservatives need to set their values and make an agenda within the boundaries of equality, justice and peace.

Is it an impossible dream for Korea’s conservatives to have someone like U.S. Republican Senator John McCain, who has fought to end corruption and plutocracy more fiercely than the Democrats? Is it an impossible dream to hope for someone like U.S. President Theodore Roosevelt who challenged the unjust expansion of conglomerates and advocated for the nature conservation?

They were the real conservatives.

How about beginning with something that shakes up the current situation? I propose a constitutional revision based on decentralization to make the candlelight revolution permanent. Of course, this is the agenda of the Moon Jae-in administration. However, constitutional amendment is the key to an innovative economy and a peaceful Korean Peninsula. The United States and Switzerland can thrive thanks to the spirit of seeking diversity and innovation through continuous experimentation.

Instead of groundlessly criticizing the Moon administration’s economic policies, people’s view on the conservatives may change if conservatives push for constitutional revision. I hope for more inter-Korean summits, but I would also want to see a handshake between Jung Hae-gu, the chairman of the presidential advisory policy planning committee that initiated the constitutional amendment, and Kim Byung-joon, a Kookmin University professor and a leading figure among reformist conservatives.

Conservatives should be the younger generation and professionals with field experience. I hope to see young leaders for a new 30-year revolution in the front, like in an Instagram picture posted by U.S. House Speaker Paul Ryan, a Republican born in 1970, with older politicians in the back.

All these hopes may be a dream. However, great changes are occurring in Northeast Asia. I say this because conservatives are still engaging in factional fights after their crushing election defeat. Rather than hoping for a mistake from the liberals, the conservatives need to play the offensive with a bold imagination.