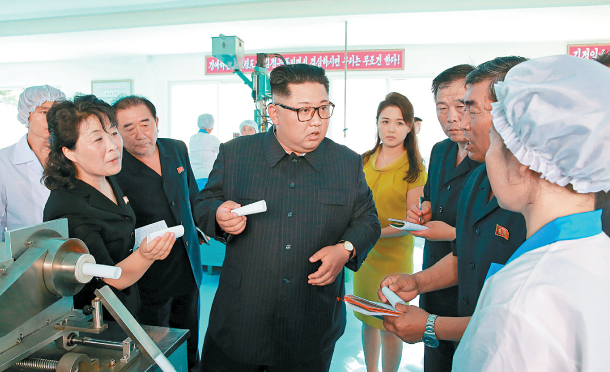 North Korean leader Kim Jong-un and his wife Ri Sol-ju, in yellow, tour a cosmetics factory in the city of Sinuiju, a special economic zone bordering China, in this photo released by the North’s state-run Korean Central News Agency on Sunday. Over the weekend, Kim also visited Sindo County, where North Korea is developing a special economic zone with China, in an apparent campaign to promote economic ties with Beijing. [YONHAP]