Ma Dong-seok set to star in ‘The Outlaws 2’

Ma Dong-seok set to star in ‘The Outlaws 2’ 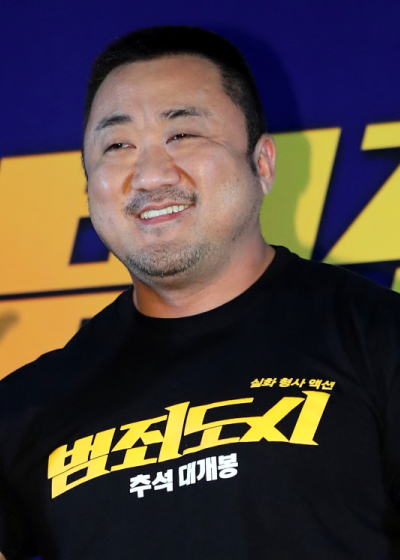 Actor Ma Dong-seok is set to star in the second installment of the hit 2017 action crime film “The Outlaws,” according to the movie’s distribution company Kiwi Media Group on Monday.

“The Outlaws” premiered during the Chuseok holiday last year and racked up more than 6.88 million in ticket sales. The film was the third best-selling R-rated movie in local box office history with accumulated sales of about 56.3 billion won ($50.2 million).

Filming for the second movie is expected to begin in the middle of next year. In the sequel, Ma, who plays an intimidating detective, will be fighting against a new criminal. The screenplay is still in the works.

“The previous film was rated R, but we will try to make the sequel rated 15 and over so that more people can see Ma in action,” said Kiwi Media Group.