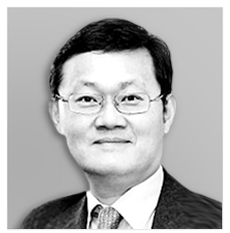 At the inter-Korean summit in Panmunjom on April 27, North Korea’s Chairman of the State Affairs Commission Kim Jong-un reportedly told President Moon Jae-in that he would like to develop North Korea in a similar fashion to Vietnam. In that case it is likely that North Korea would opt for the Vietnamese-style reform and opening, or Doi Moi, maintaining the one-party rule of the Communist party while adopting a capitalist market economy.

In 1986, Vietnam started the Doi Moi policy. That year, the Vietnamese economy was struggling. Prices rose 450 percent. Other socialist countries had already started reforms. China’s Deng Xiaoping kicked off reform and opening in 1978 and Mikhail Gorbachev’s perestroika began in 1985 in the Soviet Union. Vietnam took reform steps through Doi Moi in agriculture, ending a ration system and introducing free pricing, privatization of state-owned companies, market opening and foreign investment. Export processing zones were established, and labor-intensive light industries were nurtured for exports. In the past 30 years, Vietnam grew a whopping 6.7 percent annually. Today, its per-capita national income is $2,340. The size of its exports is over $210 billion, similar to Brazil’s and Australia’s.

North Korea’s average economic growth over the past decade was at the 1 percent level. With per-capita income of $1,300, it is one of the poorest countries in the world.

However, North Korea has advantages for economic development thanks to its natural resources, industrial conditions and human resources. If market reforms enhance its productivity and attract large-scale foreign investment and technology, North Korea has the potential for rapid growth like that seen in Vietnam. Recent studies show that the North Korean economy could grow by more than 10 percent annually at the beginning of such reforms. Normal trade and direct investments would lead to a 3 percent increase to the economic growth. 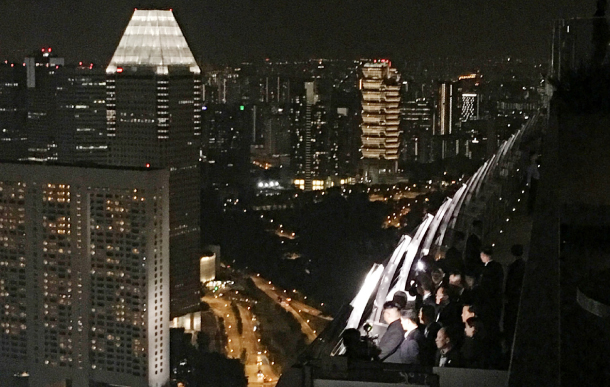 North Korean leader Kim Jong-un looks down from the Marina Bay Sands Skypark on June 11, a day before his summit with U.S. President Donald Trump in Singapore. [AP/YONHAP]

But it is doubtful whether North will pursue reform and open fully. While the party’s central committee chose “concentration on economic development” as its policy, its economic development plan is still ambiguous. The North’s system is outdated and obscure, and decision-making is impromptu. The statistics to understand the economic situation are lacking.

It would take a considerable amount of time for North Korea to be included in the global economy and engage in trade, direct investments and financial transactions. For Vietnam, it was in 1993 that Japan and European countries began public development assistance and the IMF, World Bank and Asia Development Bank provided aid and loans. Only after international financial organizations provide funds and guarantee the safety of long-term investments will large-scale private foreign investments be made.

North Korea is currently under economic sanctions. It will take some time before the United Nations and the United States lift sanctions and international investments flow into North Korea after it completely denuclearizes. As the nation is under a third generation dictatorship and condemned for human rights persecution, it will be even harder for North Korea to enter the international community as a normal state than it was for Vietnam.

If Pyongyang wants to go the path of Hanoi, it needs to maintain political and economic stability while pursuing capitalist market reform and opening. Vietnam and China successfully converted to stable systems through gradual reform. However, the Soviet Union and Eastern Europe had an unstable course of shifting to the market economy due to radical reforms. We cannot rule out the possibility that North Korea experiences chaos or collapses in the course of system change.

South Korea can play a key role in North Korea’s economic development. The Moon Jae-in administration plans to build railroads, roads and energy networks connecting the South and the North. Private companies are seeking ways to do business in the North. When the international community gradually lifts sanctions, exchanges and cooperation will be possible, starting with resumption of Mt. Kumgang tourism and the operation of the Kaesong Industrial Complex.

If North Korea grows like Vietnam, its per-capita income could reach $10,000 in 30 years, offering new opportunities to the Korean economy. It is too early yet to indulge in fantasy. South Korea needs to work with the international community and help the North’s system change.