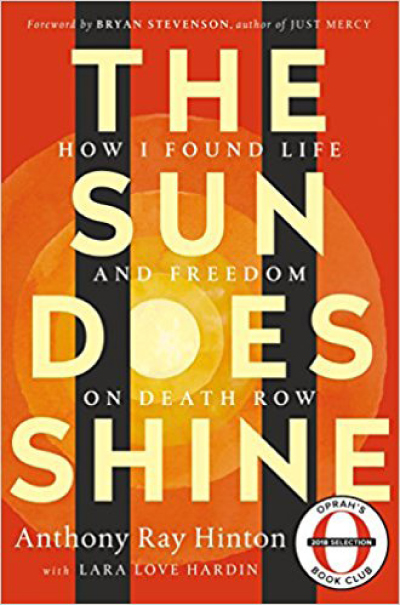 In 1985, Anthony Ray Hinton was arrested and charged with two counts of capital murder in Alabama. Stunned, confused, and only twenty?nine years old, Hinton knew that it was a case of mistaken identity and believed that the truth would prove his innocence and ultimately set him free.

But with no money and a different system of justice for a poor black man in the South, Hinton was sentenced to death by electrocution. He spent his first three years on Death Row at Holman State Prison in agonizing silence full of despair and anger toward all those who had sent an innocent man to his death. But as Hinton realized and accepted his fate, he resolved not only to survive, but find a way to live on Death Row. For the next twenty?seven years he was a beacon―transforming not only his own spirit, but those of his fellow inmates, fifty?four of whom were executed mere feet from his cell. With the help of civil rights attorney and bestselling author of Just Mercy, Bryan Stevenson, Hinton won his release in 2015.

With a foreword by Stevenson, “The Sun Does Shine” is an extraordinary testament to the power of hope sustained through the darkest times. Destined to be a classic memoir of wrongful imprisonment and freedom won, Hinton’s memoir tells his dramatic thirty?year journey and shows how you can take away a man’s freedom, but you can’t take away his imagination, humor, or joy. 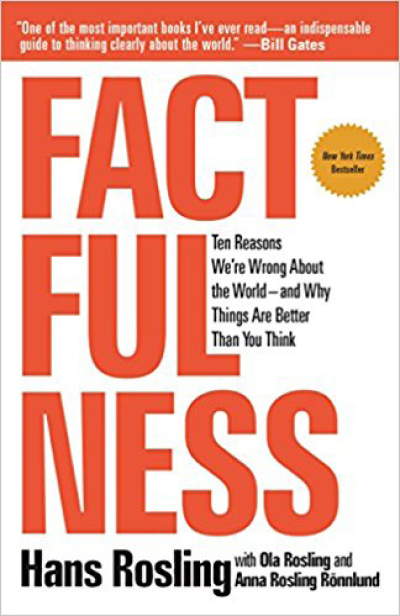 When asked simple questions about global trends―what percentage of the world’s population live in poverty; why the world’s population is increasing; how many girls finish school, we systematically get the answers wrong. So wrong that a chimpanzee choosing answers at random will consistently outguess teachers, journalists, Nobel laureates, and investment bankers.

In “Factfulness,” Prof. of International Health and global TED phenomenon Hans Rosling, together with his two long-time collaborators, Anna and Ola, offers a radical new explanation of why this happens. They reveal the ten instincts that distort our perspective - from our tendency to divide the world into two camps (usually some version of us and them) to the way we consume media (where fear rules) to how we perceive progress (believing that most things are getting worse).

It turns out that the world, for all its imperfections, is in a much better state than we might think. That doesn’t mean there aren’t real concerns. But when we worry about everything all the time instead of embracing a worldview based on facts, we can lose our ability to focus on the things that threaten us most. 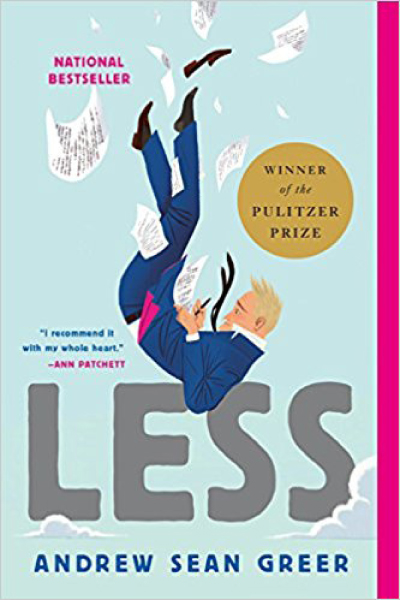 Who says you can’t run away from your problems? You are a failed novelist about to turn fifty. A wedding invitation arrives in the mail: your boyfriend of the past nine years is engaged to someone else. You can’t say yes - it would be too awkward - and you can’t say no - it would look like defeat. On your desk are a series of invitations to half-baked literary events around the world.

QUESTION: How do you arrange to skip town?

ANSWER: You accept them all.

What would possibly go wrong? Arthur Less will almost fall in love in Paris, almost fall to his death in Berlin, barely escape to a Moroccan ski chalet from a Saharan sandstorm, accidentally book himself as the (only) writer-in-residence at a Christian Retreat Center in Southern India, and encounter, on a desert island in the Arabian Sea, the last person on Earth he wants to face. Somewhere in there: he will turn fifty.

Because, despite all these mishaps, missteps, misunderstandings and mistakes, “Less” is, above all, a love story.

A scintillating satire of the American abroad, a rumination on time and the human heart, a bittersweet romance of chances lost, by an author The New York Times has hailed as “inspired, lyrical,” “elegiac,” “ingenious,” as well as “too sappy by half,” “Less” shows a writer at the peak of his talents raising the curtain on our shared human comedy.