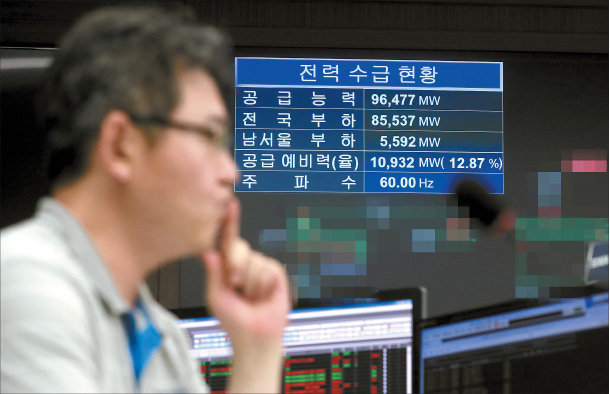 An employee looks over national demand for electricity at the Korea Electric Power Corporation’s (Kepco) southern Seoul office in Yeongdeungpo District on Tuesday. According to Kepco, the peak electricity demand for Monday reached 86.2 million kilowatts nationwide, the greatest ever recorded during summer in Korea. The temperature in Seoul rose as high as 34 degrees Celsius (93.2 degrees Fahrenheit) on Monday and Tuesday. [YONHAP]