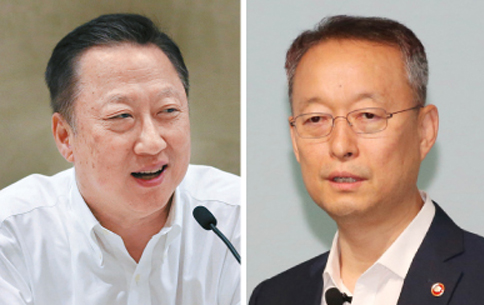 Paik Un-gyu, minister of trade, industry and energy, said Thursday that his ministry is looking into the possibility of expanding flexible working hour limits as businesses struggle to adapt to new labor regulations.

“I’m touring companies to hear their opinions,” said Paik at the Jeju Forum hosted by the Korea Chamber of Commerce and Industry (KCCI). “We plan to announce results of analyses on effects that the application of extended flexible working hour limits would have on various industries.”

The comment gives hope to enterprises that are struggling to deal with the new 52-hour workweek that went into effect this month.

Flexible working hour limits refers to a system where employees are allowed to work more than 52 hours per week, provided that the average over a three month period is less than 40 hours per week.

Businesses have requested that the three month period be extended to six months or even a year. This would benefit companies that require intensive labor at certain periods but not so much at other times, such as industries with seasonal peaks.

“The general direction to bring balance between work and family is agreeable, but the Industry Ministry will listen to inconveniences and speak up on flexible working hour limits,” said Paik.

On the same day, KCCI Chairman Park Yong-maan expressed concern over the 10.9 percent minimum wage hike set for next year.

The chairman of Doosan Infracore told the media that he understands the government’s intention behind the minimum wage hike, with income polarization in the country getting wider, but said the domestic economy was at a difficult point. Rapid pushes to boost wages may freeze up the sentiment for companies to launch new businesses, fundamental in the creation of new jobs, he said.

On South Korea’s economic exchanges with North Korea, Park said he thinks it will take two full years before anything actually happens.

“North Korea opening doors doesn’t necessarily mean it will embark on a two-way exchange with South Korea,” he said. “There needs to be a lot of preparation - a joint discussion body will be helpful.”