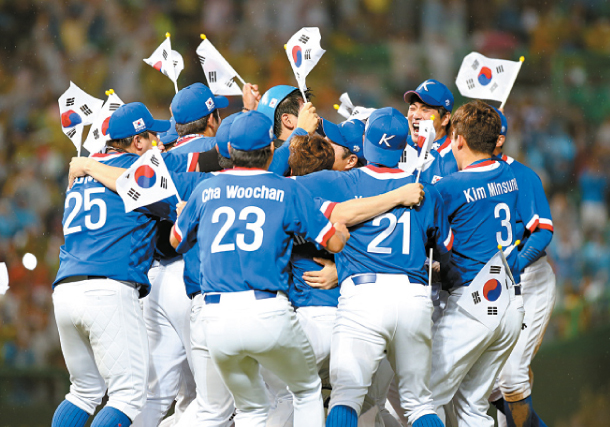 Son Heung-min, 26, is a striker for the Korean national football team. He scored two goals in the Russia World Cup last month, giving hope to the entire nation.

He is set to join Team Korea again for the Asian Games in Jakarta and Palembang in August. The Asian Games are an important event that will determine whether he has to serve in the military.

If Korea wins a gold medal, he will get an exemption. Some football fans say that Son should be given an exemption from his military duties, considering his contributions to Korea’s World Cup and Asian Games campaigns, as well as his strong performance in the English Premier League.

Under the current Military Service Act, athletes are given an exemption from military duties when they finish in the top three in the Olympics or win a gold medal in the Asian Games. The members of the national team for the 2002 Korea-Japan World Cup were given special exemptions for making it to the semifinals. Sports stars who benefited from the system include baseball players Lee Seung-yuop, Ryu Hyun-jin and Choo Shin-soo and football players Park Ju-young, Park Ji-sung and Ki Sung-yueng.

Some argue that it is not fair to give an exemption for strong performance in a single event.

The national team selections for the Asian Games created more controversy than ever, especially in men’s sports where high-profile professional athletes can participate, such as football, baseball and basketball. Many suspected that academic and regional relationships between athletes and head coaches influenced the Asian Games rosters.

The current military service exemption system is like a lottery for athletes. They can get an exemption if they have outstanding results at the Olympics and Asian Games, regardless of their performance in other events. Some suggest that a point system is more reasonable. It would give benefits to athletes who perform well consistently rather than giving exemptions based on one-time events.

In Turkey and Greece, where they also have military conscription, military duties can be replaced with tax payments. A plan to collect a portion of the income of the athletes who receive exemptions and use it for sports development is also considered.

I don’t mean to say that the athletes who represented the country and contributed to the lifting of national spirit should not be given military exemption.

If it benefits national interests more to give athletes a chance to raise Koreans’ spirits by playing sports rather than serving in the military, the system needs to be revamped.