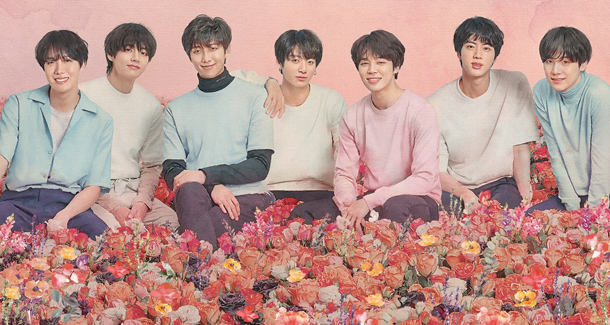 Boy band BTS’ latest album has stayed on the Billboard chart of the 200 most popular records for the 10th week in a row, the chart showed Wednesday.

The record released on May 18, “Love Yourself: Tear,” ranked 61st on the Billboard 200 chart after landing atop the chart for the week of May 28.

The album’s main track, “Fake Love,” rose as high as 10th place on the most competitive Billboard Hot 100 chart and maintained its presence on the list for six weeks in a row, making BTS the first Korean pop singers to have their record and single simultaneously listed on the two main Billboard charts for weeks.

The world-famous septet is set to release the final leg of the four-part “Love Yourself” album series on Aug. 24. The new album, “Love Yourself: Answer,” is a package of seven new singles as well as songs from the band’s previous records.

With the album release, the band will set out on two days of concerts in Seoul for the “Love Yourself” tour, which will also take them to 15 other cities around the world for performances, including Los Angeles, Chicago, London, Amsterdam, Berlin, Paris and Tokyo.