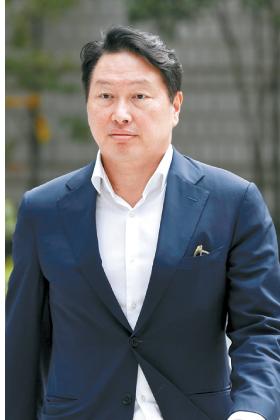 The commenter, who was charged with defamation, was identified as a 61-year-old housewife surnamed Kim. Chey attended as a witness to the trial as the court accepted a request to select Chey by the defendant’s lawyer, former lawmaker Kang Yong-suk.

The prosecution originally considered Kim’s comments to be a summary offence and asked the court to issue a fine of 2 million won ($1,772). The court, however, decided to conduct a formal trial with its own authority. It said that it considered the seriousness and persistence of Kim’s actions.

Kim had already been sentenced to an eight-month suspended prison sentence, 160 hours of community service and two years of probation in September of last year for uploading false comments about Chey. Kim claimed that a divorced journalist introduced Chey to his girlfriend, who Kim said never graduated from high school. Chey’s girlfriend submitted her undergraduate and MBA degrees to counter the claims.

The court warned Kim that if she writes more false comments during the probation period, she would end up in prison.

The case started after Chey sued a number of internet users that uploaded negative comments against him and his girlfriend in April of last year. Chey selected 51 user IDs, and police investigations found that they belonged to 17 people, including Kim.

According to a spokesperson from SK Group, Chey agreed to attend the trial as a witness to speak about the damages he and his girlfriend dealt with because of the malicious comments. Chey spoke at the trial, which was not open to the public.